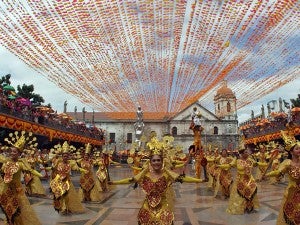 MANILA, Philippines—The Philippines was voted the “Most Popular Destination” by the Guangzhou Information Times and the Guangzhou International Tourism Fair in separate ceremonies held recently in Guangzhou, China, the Department of Foreign Affairs (DFA) said on Friday.

The DFA said the Philippines was presented the “Most Popular Destination in Asia” award by Li Xinzhang, vice president of the Guangzhou Information Times, at award rites held at the Nanhu Travel Display Center in Guangzhou on March 9.

The Guangzhou Information Times is a subsidiary of the Guangzhou Daily, the most influential newspaper in Guangzhou, capital city of Guangdong, China’s most populous province.

An interview by the Information Times and Guangzhou TV followed the ceremony.

On the same day, the Philippines also received one of the “Most Popular Destination” awards presented at the Guangzhou International Travel Fair (GITF) awards night held at the China Marriott Hotel.

The Philippines was the lone awardee from Southeast Asia. The other cowinners were Dubai, Chicago, South Korea, Seychelles, Mauritius, Turkey, Sri Lanka, Macau and Italy.

Tejada also accepted the award on behalf of the Philippines.

Held every year in Guangzhou, the GITF has been recognized as one of the most significant annual international travel fairs in the Asia Pacific region for its extensive influence on the tourism and related industries.

The Philippines also continues to have strong appeal to the Chinese market as the consulate posted a 6.45-percent increase in visa issuances in January 2013 over the same period last year, the DFA said.

The influx of tourists from China to destinations in the Philippines continued despite tensions over territorial claims in the West Philippine Sea (South China Sea) between the two countries.