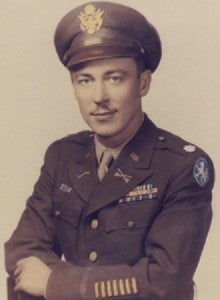 LOS ANGELES–An era in U.S. military history came to a close last week with the death on March 7 of Colonel Edwin Ramsey in Los Angeles, Calif. Ramsey led the last horse-mounted cavalry charge in the history of the United States Army.

On January 16, 1942, Ramsey led a troop of the 26th Mounted Cavalry Regiment in a successful attack on the Japanese-held town of Morong on the West Coast of Bataan. He will be buried in Arlington National Cemetery.

At the time of his death Ramsey was 95 years old. He had been active personally and in veterans’ affairs right up until the end. His comrades-in-arms call Colonel Ramsey “a true American hero.”

Lieutenant Colonel Edwin Price Ramsey was a first lieutenant in the United States Cavalry at the beginning of World War II, stationed in the Philippines.

When the U.S. forces on Bataan surrendered to the Japanese, Ramsey refused to give up and escaped into the jungle where, over the next three years, he organized Filipino guerrilla forces that eventually numbered 40,000 fighters.

He was hunted down by the Imperial Japanese Army and by the communist Huk guerrillas, but he managed to escape each time they drew near. At one point during his years in the jungle he was deathly ill and had his appendix removed by a Filipino doctor who used a pocketknife and no anesthesia.

General Douglas MacArthur personally awarded Ramsey the Distinguished Service Cross, Silver Star and Purple Heart for the success of his guerrilla organization, his heroism and his combat wounds.

After the war Ramsey returned to the United States, then spent five years in Japan as an executive with Hughes Aircraft Corporation, and more years in the Philippines as a private businessman before he retired in California.

He has been honored by presidents and recognized by the U.S. Army’s Special Forces, which to a large degree are modeled after Ramsey’s guerrilla organization in World War II. His wartime exploits are preserved in the book Lieutenant Ramsey’s War and the documentary film “Forgotten Soldiers.”