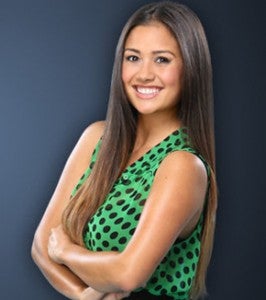 Lowe chose Giudici over Lindsay Yenter, a substitute teacher from Missouri, in the show’s finale.

“I miss you every time we have to say goodbye. I don’t want to say goodbye anymore,” said Lowe during his proposal to Giudici, which was filmed in Thailand.

“That was the biggest moment of my life,” said Giudici, recalling the proposal during ABC’s “After the Rose” special episode.

The 28-year-old Lowe, an insurance agent from Texas, told ABC host Chris Harrison, he and Giudici plan to get married soon and in front of all to see.

“A marriage follows a proposal,” said Lowe. “We don’t have a date yet but we have decided that it would be cool since our relationship started and cultivated on a TV show we’ll have our wedding on a TV show. ABC will cover the wedding.”

Lowe seemed very genuinely in love with Giudici openly sharing his feelings about her during the episode.

“She’s the light of my life. I feel so incredibly blessed,” he said.

Giudici described her experience on the show as “surreal” and her own “fairytale.”

Whether the two are genuinely in love, or if this is just a made-for-TV love, only time will tell.

“I don’t think we’ve ever had a couple in the ten or 11 years, come out of the gate so sincere, so serious and ready to take that next step,” said Harrison.

Guidici is the daughter of Cynthia Mejia-Giudici, a trustee for the Filipino-American National Historical Society in Seattle.

Her father, Carey “Trip” Guidici, is of Scottish and Swiss-Italian descent, and a renowned journalist and former editor-in-chief of Northwest Asia Weekly.