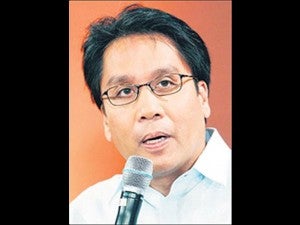 MANILA, Philippines — Interior Secretary Manuel “Mar” Roxas II has found an unlikely ally in his talks with a younger brother of Sulu Sultan Jamalul Kiram III in an effort to resolve the Sabah territorial dispute.

Speaking to reporters while preparing for a motorcade in Quezon City, United Nationalist Alliance (UNA) candidate and Cagayan Representative Jack Enrile said he wished Roxas “all the best” in his efforts to find an answer to the Sultanate of Sulu’s claim on Sabah.

Roxas recently spoke with Sultan Bantilan Esmail Kiram II, the younger brother of Sulu Sultan, in his office at the Philippine National Police (PNP) Headquarters in Camp Crame, an action which Enrile felt was “a step in the right direction.”

Enrile, son of Senate President Juan Ponce Enrile, said that the Filipino people should “support the President’s efforts to find a solution.”