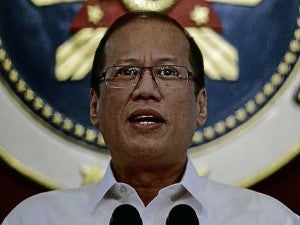 MANILA, Philippines—Citing a resurgent economy that he said was peaking toward “inclusive growth,” President Aquino on Tuesay exhorted business leaders and investors to play a bigger role in the most vibrant sectors—agriculture, tourism and infrastructure.

Addressing the Euromoney Philippine Investment Forum 2013, Aquino raved about the 6.6-percent growth and the record highs posted by the stock market in 2012, and credit ratings placing the country at one level below investment grade.

Aquino cited the Japan External Trade Organization’s (Jetro) 2012 Survey of Japanese-affiliated companies in Asia and Oceania showing that the proportion of profitable firms in the Asean 5 (the top five Association of Southeast Asian Nations) had declined, except in the Philippines.

“This places us squarely in the middle, with 71.9 percent of surveyed firms expecting a profit. In just a year, we have overtaken Singapore and Malaysia in this regard,” he said in a speech at the Manila Peninsula Hotel aired over government-run radio.

“And I am here to invite you to play an even bigger role in the years to come. There are many opportunities available in our country, but in particular, I would like to give you an update on the three sectors that remain our priority: agriculture, tourism and infrastructure.

For 2013, the government has increased the budget for agriculture to P75 billion, up by 22 percent from 2012’s allocation, to fund the construction and rehabilitation of farm-to-market roads, enhance irrigation systems and provide support services, the President said.

“We hope to strengthen our position as regards rice self-sufficiency, and regain our footing in the export markets by exporting 100 metric tons of high-quality rice in 2013. If there is anyone interested out there in being a part of the rise of the Philippine agricultural sector, our Agribusiness Lands Investment Center will be more than happy to conduct briefings for you,” he said.

The government has also heavily invested in tourism, after 4.3 million foreign tourists flew into the country in 2012 and the number of local tourists reached a record 37.5 million in 2011, breaching the 35 million target for 2016, Aquino said.

The new target for domestic tourism is now 56 million, he said.

“We want you to join in on the fun. Right now, for example, we expect the number of travelers to the Philippines to spike over the next few years. So, despite the great number of hotel inaugurations I’ve attended as President, it appears that we will need an estimated additional 37,000 rooms by 2016,” Aquino said.

He said this presented a “good opportunity” for hotel or real-estate industry players since the government was offering competitive fiscal and nonfiscal incentives for tourism enterprises.

To boost tourism and agriculture, and the country’s viability as an investment destination, the government has been working on constructing, rehabilitating and enhancing the quality of infrastructure, the President said.

The government increased the infrastructure budget this year to P242.3 billion, from P205.33 billion in 2012, to fund the development of road network, ports and airports, among others, he said.

He announced the rollout of two major projects—the Cavite-Laguna Expressway and the NLEX-SLEX link connector road—both of which are meant to cut travel time and enhance connectivity among the cities of Luzon.