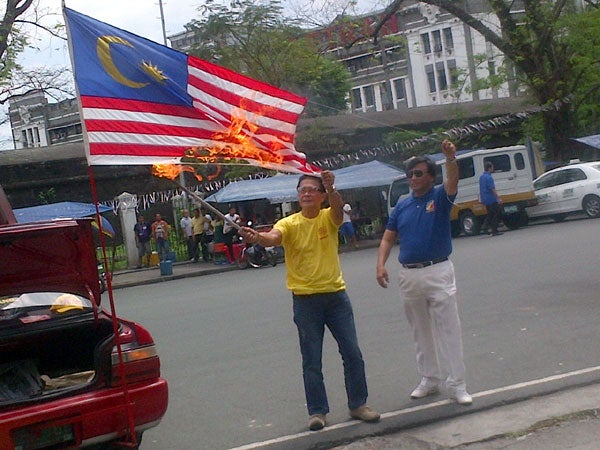 MANILA, Philippines – The Malaysian government has the right to file charges against the Sulu “royal army” that has figured in several skirmishes with Malaysian security forces leaving at least eight policemen dead in Sabah, the Department of Foreign Affairs (DFA) said Wednesday.

Malaysian Minister of Law and Parliamentary Affairs Mohamed Nazri Abdul Aziz was quoted by Malaysian media as saying that the group of Rajah Muda Agbimuddin Kiram, which sailed to Sabah February 9 to reclaim what they say is their territory, could face charges in court.

“If they have broken the laws of Malaysia, they can be charged in court,” Aziz said according to the report of Malaysia’s The Star Wednesday.

When asked in a press briefing about the possible charges against the Sulu “royal army,” DFA Spokesman Raul Hernandez said “that’s within their right to do so, under their present laws.”

“But having said that, if [charges are filed], as part of the commitment of the President to help our people wherever they are, we are willing to assist them,” he said.

Eight policemen have so far been reported dead from two skirmishes over the past weekend. At least 14 casualties from the side of the “royal army” were reported.

The members of the group are believed to be on the run after Malaysian security forces launched massive air and ground assaults in the village where they have been holed up for more than three weeks, Malaysian media reported.