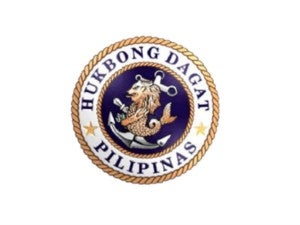 MANILA, Philippines—The Philippine Navy on Thursday said it had deployed vessels to the Sulu Sea to intensify its watch on the Philippine backdoor amid a standoff between Malaysian security forces and a group of armed Filipinos in Lahad Datu town in the eastern Malaysian state of Sabah.

A statement from the Navy said the deployment supported the efforts of the military in Western Mindanao to ensure a peaceful resolution of the standoff in Sabah.

The Philippine vessels are patrolling the southern waters jointly with Malaysian naval forces, the statement said.

Meanwhile, Vice President Jejomar Binay assured the public on Thursday that President Aquino was dealing with the standoff, now in its second week.

“President Aquino is on top of the situation,” Binay said in a statement. “The Department of Foreign Affairs is exerting all efforts and using all diplomatic avenues to arrive at a peaceful resolution of the Sabah controversy. That is the President’s priority. Let us not second-guess the President.”

Binay said the President “should be allowed to make decisions without pressure” from anybody or any group.

“He will decide based on what is best for the national interest and the safety of Filipinos in Sabah,” Binay said.

He described the situation in Sabah as “delicate” and “requiring sobriety.”

Lt. Cmdr. Gregory Fabic, Navy spokesperson, told reporters in Camp Aguinaldo in a phone interview that six naval vessels and a Philippine Navy Islander aircraft were now in the vicinity of Sulu, Tawi-Tawi and Basilan.

Fabic said the Navy’s maritime patrol began on Feb. 12, a day after the standoff began in Tanduao.

Asked about the objective of the patrol, Fabic replied: “It’s for (the) security and stability of the situation.”

Last week, Armed Forces chief of staff Gen. Emmanuel Bautista said the Philippine and Malaysian militaries had agreed to tighten their border patrols to prevent other “illegal entries” into each other’s territories to avoid complicating the situation in Sabah.

Around 300 armed followers of the sultan of Sulu traveled to Sabah last week to press the sultanate’s claim to the territory, in a move that supporters of the government in the south say is intended to scuttle the peace talks between the Aquino administration and the Moro Islamic Liberation Front.

The INQUIRER on Thursday reported that emissaries from the Aquino administration were working quietly to convince Sultan Jamalul Kiram III to recall his followers from Sabah, and that Malaysia had given him until Friday to order them home.