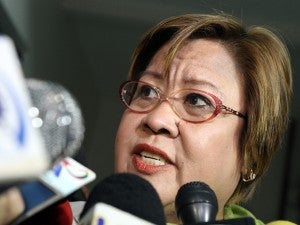 She dismissed rumors that Amalilio is a Malaysian, saying this would not affect pending cases filed against the leader of the P12-billion investment scam.

But De Lima refused to comment on reports that Sabah Chief Minister Musa Aman is a relative of Amalilio and was the one who blocked the deportation of Amalilio from Malaysia.

Philippine Ambassador to Malaysia Eduardo Malaya has said that a Malaysian court ordered the imprisonment of Amalilio for two years for carrying a fake Philippine passport.  John Daryl Dimalanta