World Bank estimates losses due to corrupt acts at $1.3 trillion 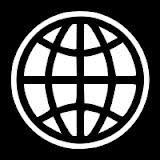 An anticorruption crusader on Thursday cited a World Bank financial study that quantified the “devastating effect” of illicit financial flows through corruption at $1.3 trillion a year.

Dr. Naser Al Sane, outgoing chairman of the Global Organization of Parliamentarians Against Corruption (Gopac), said losses due to corrupt practices ranging from bribery to theft and tax evasion would be equivalent to the combined economies of Switzerland, South Africa and Belgium.

“This amount of money could lift the lives of 1.4 billion people living on less than $1.25 a day… for at least six years.

Al Sane, a Kuwaiti member of Parliament, said countries with “weak governments” as a result of irregular practices “have a 30-45 percent higher risk of civil war,” citing a separate World Bank development report in 2011.

He lamented that many global leaders would invoke the UN Convention Against Corruption during their political campaigns “yet do nothing” in achieving its goal.

“Look at the regimes that are falling in the Middle East! All dictators fall because of revolutions.  They belonged to countries that ratified anticorruption treaties,” Al Sane said.

He also warned that global corruption “is getting worse.”

“It’s a monster everywhere facing us. This is a challenge not only to us [but] to all activists,” he said.