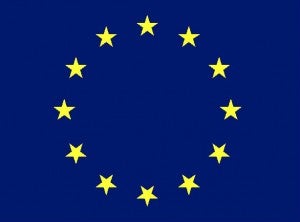 MANILA, Philippines – The European Union (EU) on Wednesday said that it had committed to continue its development assistance to the Philippines, saying that around P2 billion in aid would be specifically focused on projects for Mindanao and the health sector.

In a press conference at the launch of the EU delegation’s new publication detailing European development assistance to the Philippines, EU Ambassador to the Philippines Guy Ledoux reiterated his country’s involvement and support for the Mindanao peace process, saying that its success would greatly help improve the lives of Filipinos in the southern island.

“We believe the people in Mindanao need to see very quickly the peace dividends that are brought by this framework agreement and peace process,” Ledoux said.

Ledoux emphasized that though the projects were still in the works, the assistance for Mindanao would generally be focused on targeting ways to help members of the local communities increase their revenue and improve their lives.

“We work closely with the Bangsamoro Development Agency (BDA) to determine the priority needs of the local communities,” Ledoux said.

He noted that last year, the EU provided the Philippines P312 million to fund small-scale granaries, food-for-work and cash-for-work projects for cooperatives, farmers and fishermen in strife-torn areas in Mindanao.

Ledoux also noted that the EU was supporting another program through the World Bank’s Trust fund, and that the country provided a grant of around eight million euros for the project in 2010.

In February last year, we visited Cotabato and nearby areas and we witnessed ourselves the result and impact of the money that is used through the world bank fund …we believe that it is quite a very useful and successful type of support,” he said.

Ledoux also noted that despite the issues of power sharing hounding the developments on the peace process, he believed that the talks were making progress since the two peace panels had been holding regular meetings since the signing of the agreement.

“The talks are going on and we are fully confident that we are on the right track,” Ledoux said. EU is a member of the International Monitoring Team that observed the government-MILF talks.

Ledoux said that a share of the two billion peso assistance would be given to the health sector, saying that as a partner for 10 years, the “EU continues to have a deep cooperation with the Department of Health (DOH) and its health care policies.

Ledoux noted that the financial downturn in some countries in Europe has not affected EU’s level of assistance worldwide, and that EU and its member states were bent on “increasing the impact of its aid.”

“In general, EU member states have the intention to increase their global amount of development so this objective has not been cancelled at that stage,” Ledoux said.

“We have very ambitious programs here in the Philippines and we have no plans to slow down,” he said.

“In the Philippines, the EU is already using modern cooperation tools like budget support and will explore new tools like blending or combining grants with loans to increase their impact,” Ledoux said.