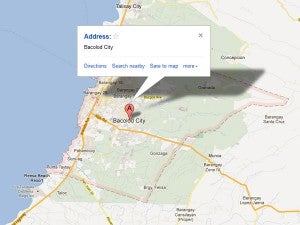 BACOLOD CITY, Philippines— A Belgian in Bacolod City as a foreign exchange student allegedly jumped to his death from a building at the La Consolacion College main campus at about 5:30 p.m. Tuesday, police said.

Geurts, who was taking up fine arts, major in digital media, at LCC-Bacolod, was a scholar of the American Field Service Organization (AFS).

A student and an employee of the school told the police that they saw Geurts at the top floor of the five-story Mother Ignacia Consuelo Barcelo Activity Center and later saw him falling onto the quadrangle, Francisco said.

A letter which the police believed to be a suicide note was recovered from Geurts. However, there was no one to interpret its content as it was written in French, Francisco said.

Geurts was rushed to the Pablo O. Torre Memorial Hospital, where he was declared dead on arrival.

Roderick Samonte, director for external relations of the University of St. La Salle and president of the AFS Bacolod chapter, said Geurts had been in Bacolod City for six months.

Samonte said that Geurts was one of 11 foreign nationals sent to Bacolod as part of the AFS’ inter-cultural program. They include French, Germans, Thais, Japanese, an Argentinian and a Panamanian.

Samonte said two representatives from the AFS Manila chapter would be coming to Bacolod City to get a report on the investigation conducted by the police and the National Bureau of Investigation.

Samonte added that the AFS chapter in Manila has informed the family of Geurts about what happened to him.