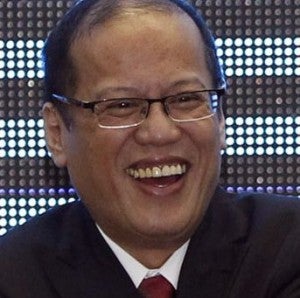 MANILA, Philippines–President Benigno Aquino on Friday hosted the traditional “Vin d’Honneur,” inviting the country’s leaders and the diplomatic community to join him in a toast to greet 2013 with high hopes.

But not all high officials of government raised their glass to share his optimism–at least not during the invitation-only party—as they were nowhere in sight.

Senate president Juan Ponce Enrile and majority of senators snubbed the Palace’s traditional New Year reception for the political and well-heeled class, as did Chief Justice Ma. Lourdes Sereno and most members of the high bench.

Former Presidents Fidel Ramos and Joseph Estrada were absent, too.

Vice President Jejomar Binay and Archbishop Guiseppe Pinto, the papal nuncio and dean of the diplomatic corps, led the government officials and heads of the diplomatic mission and their spouses who turned up at the Rizal Hall of Malacañang dressed to the nines.

For the Senate, only Senators Loren Legarda, Manuel Villar (who came with spouse Cynthia) and Franklin Drilon showed up.

Newly-appointed Associate Justice Marvic Leonen, the architect of the peace deal with the Moro rebels, attended, too.

Also spotted at the reception were some influential women: Chinese ambassador to the Philippines Ma Keqing, presidential sister Pinky Aquino-Abellada and Inquirer board chair Marixi Rufino-Prieto.

Most of the women wore Filipiniana dress, while Legarda donned a tribal dress from the T’boli of southern Mindanao.

The President was scheduled to meet later in the afternoon with senatorial candidates of the Liberal Party-led ruling coalition, but several senators had sent word that they couldn’t attend the meeting since the chamber was still in recess.

The President, in a brief message before the traditional New Year  toast, said that “2012 was a good year for the Filipino people.”

“We saw economic growth surpass expectations. We witnessed the signing of a peace deal and the restoration of public confidence in our judiciary. 2012 will be a difficult year to match,” he said.

The President noted that given all that the country had achieved in the previous year, “we have plenty of reason to greet 2013 with optimism—that the path we have chosen to tread in the last two and a half years will continue to yield positive results for our nation and our region.”

“Though many challenges confront us, we know that, with the Filipino people on our side and with the support of partners overseas, we can make greater strides.

Mr. Aquino thanked members of the international community and diplomatic corps present at the reception for continually demonstrating their solidarity with the nation, especially during times of calamity and disaster.

“We thank those who have placed their trust in the collective capabilities of our people, those who have invested and continue to find reasons to invest in our nation. Finally, to the countries that have welcomed Filipinos abroad and to those who continue to work with the Philippine government towards our mutual development and advantage, I extend not only my gratitude, but a pledge to deepen our partnership for equitable prosperity,” said the President.

He then raised his glass, toasting “to dignity, justice and understanding as the foundations of lasting stability and peace among all peoples; to the Republic of the Philippines, a democratic nation committed to upholding dialogue and cooperation in Southeast Asia, and to being a reliable partner of all nations of good will; and to the continued growth, advancement, and happiness of the Filipino people.”