Tourism executive brags: Travelers out of Naia in 25 minutes flat 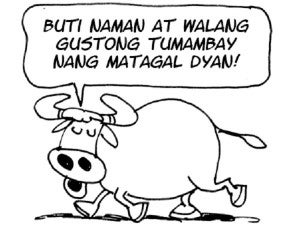 It has been branded over and over as one of the world’s worst airports. But Ninoy Aquino International Airport (Naia) has a little known advantage that even top-rated airports in the West don’t offer. And a local tourism official hopes to spread the word around—and abroad.

According to Assistant Tourism Secretary Benito Bengzon Jr., it takes only 25 minutes for passengers arriving at Naia to complete the airport process—from disembarkation to clearing immigration and customs to getting a cab or meeting welcomers outside the airport.

That advantage, if effectively marketed, could attract more tourists to the Philippines.

But the Manila International Airport Authority (MIAA), Naia’s operator, has yet to analyze the figures to separate tourist arrivals from returning migrant workers and visiting overseas Filipinos.

“The advantage of Naia is that in about three to four minutes, from the time the plane touches down, it is already at the bridge or tube … taxi time is shorter at Naia compared with bigger international airports abroad,” Bengzon told reporters before Christmas.

“You try to check your watch when you travel to a large airport. Taxiing after landing really takes time and sometimes you have to go through a bus gate so you will still have to be shuttled to the terminal,” he said.

Bengzon attributed the faster process at Naia, which many travelers may have taken for granted, to the improved system at the immigration section.

“This is a joint effort of various agencies … so even if our airport is old and small, there are still advantages … and I hope you can spread the word around,” Bengzon said.

But flights arriving or leaving on time are another thing.

According to Bengzon, however, travelers can expect more punctual flights at Naia within the year, especially after the installation of night landing equipment in 14 major domestic airports across the country.

Naia, particularly its Terminal 1, used to be the world’s worst airport.

That ranking was based on surveys of travelers, whose complaints included “safety concerns, lack of comfortable seats, rude staff, hostile security, poor facilities, no or few services to pass the time” and  “bribery.”

The airports will be equipped for air traffic services, airfield lighting, communications and power supply, among other things.

The improvements will allow flights to land and depart after sunset and before sunrise, easing the congestion at Naia, Bengzon said.

With congestion eased and, it is hoped, eliminated, airlines can mount additional flights to Manila, boosting tourist traffic to the Philippines.

Terminal 3, which has yet to be opened for full operation, posted a more than one-third increase in international passenger volume.

In contrast, international passenger volume at Terminals 1 and 2 rose by only 4.5 percent and 3.9 percent, respectively.

The MIAA has yet to release a detailed analysis of the passenger increase.

The increase in international flights may also be attributed to the government’s aggressive tourism promotion to attract more foreigners and overseas Filipinos to visit the Philippines.

But the international passenger volume also includes the thousands of overseas Filipino workers displaced by the Arab Spring in the Middle East and North Africa or who lost their jobs because of the recession in developed countries. These arrivals are not supposed to be counted as tourists or visitors.