The Voice of Christmas for Filipinos 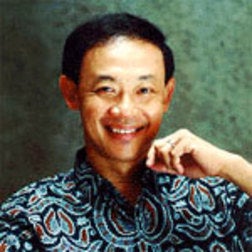 Let’s sing Merry Christmas and a happy holiday;This season may we never forget the love we have for Jesus;Let him be the one to guide us as another new year starts;And may the spirit of Christmas be always in our hearts

The lyrics above are from  the most popular Filipino song, Christmas In Our Hearts.

When the “ber” months start in the Philippines, Filipinos start bringing out their Christmas decors and playing  the  “Pinoy Christmas Anthem” —  Christmas In Our Hearts, by Jose Mari Chan.

Since it was released in 1990, Christmas in our Hearts  has become the best selling album of all time in the Philippines, Christmas or otherwise.

Thus, wherever Filipinos settle in different parts of the globe, they bring Christmas in Our Hearts with them, physically or in their hearts, as they sing and hum it, whenever Christmastime comes.

In an interview with Asian Journal, Jose Mari Chan (who recently had a very successful concert in Vancouver, Canada) shared how he came about writing Christmas In Our Hearts and what inspired him.

“In 1990, coming after the huge success of my album Constant Change  where the songs, Beautiful Girl and  Please Be Careful With My Heart are part of, my record producer suggested that I come up with a Christmas album. So I gathered a batch of Christmas songs that have been meaningful to me in my life, especially those that were not overly sung or recorded. On top of that, being a singer-songwriter, naturally I wanted some ORIGINAL compositions to be a part of the album.”

“Two years earlier I had composed a melody for an Assumption High School Class jubilee. The poem, Ang Tubig ay Buhay was written by one of the class members, Chari Cruz-Zarate. It was a catchy, pretty melody, which I felt was too precious to use only for a Class Homecoming. So I decided to turn it into a Christmas song. And that was the start of Christmas in our Hearts, ” Chan further explained.

Chan collaborated with a young songwriter, Rina CanizaI, in writing the song.  His original choice of singing partner for the song at that time was Lea Salonga. However, her recording contract did not  allow her to guest in Chan’s label. So, he asked his daughter Liza to quickly learn the song and record it with him.

Jose Mari revealed that he strongly feels that the hand of the Holy Spirit was behind the song from beginning to end, for which he thanks God.

Chan’s  message in  the song is peace throughout the world and to remember the true  meaning of Christmas which is Jesus.  “This season may we never forget, the love we have for Jesus,” stressing that the center of Christmas is Jesus Christ.

Though Chan has recorded many other popular songs, he is most known for his Christmas music. It was great news then when the beloved artist launched his second Christmas album last month, titled Going Home To Christmas. Chan revealed that with the tremendous success of Christmas in Our Hearts,he realized that Christmas music is his niche.

“The pop song may change in years and years, but the Christmas genre, that melody is universal,” he said.

During the Manila press conference  to announce the release of the new Christmas album several weeks ago, he said: “In this album of 22 songs, coming after 22 years since the release of Christmas In Our Hearts, I have put my whole heart into it and had all these years to prepare every note and every word that went into the production of the CD. (This is) a labor of love and inspiration.”

He added that there is a song for everyone in this collection, like joyful carols, songs for the families gathered together at Christmas, “a nostalgic piece dedicated to our beloved OFWs, prayerful songs, romantic Yuletide ballads, instrumental mood music as background for your holidays, a song for children, and even two songs in Pilipino that evoke the fiesta mood of Pasko.”

“It’s my gift to all the music lovers that have embraced my songs these past 45 years of my career as a recording artist,” he added.

Born in Iloilo City on March 11, 1945, Jose Mari Chan graduated with a Bachelor of Arts Degree in Economics from the Ateneo de Manila University in 1967. A gifted singer and songwriter, Chan also engaged in business while he pursued a  career in music.

In 1973, he represented the Philippines in the World Popular Song Festival in Tokyo where his song Can We Just Stop and Talk A While went into the final entries.

In 1986, he went back to Philippines and released his album A Golden Change.

In 1989, his album Constant Change was named Album of the Year by the Awit Awards and the following year, Christmas In Our Hearts was released which eventually earned the Double Diamond Record Award.

His three sons have a band called Generation and they write their own music, too.

Asked which of his songs are his favorites, Chan said he has no favorites. “My songs are like my children. All my children are equal, wala akong favorite. They are all equally loved. Ganyan ang attitude ko towards my songs,” he says.

In his 45 years in show business, Chan admits that performing in concerts has been the most memorable part.  His exciting and rewarding career  has taken him from the smallest town to the biggest cities in the Philippines, and to different parts of the globe.

The 67-year-old Chan admits that he doesn’t know how much longer he can keep his voice nor until when people will come and watch his concerts. He said the time is now to come out with Going Home to Christmas while people still flock to his shows and buying his albums.

“Going Home to Christmas is all about family, love, kindness, generosity, forgiveness, and everything that the season symbolizes. The color is local and the feeling is home. The lyrics are dedicated to the OFW. Christmas is family eh,” said the Pinoy Christmas Icon.