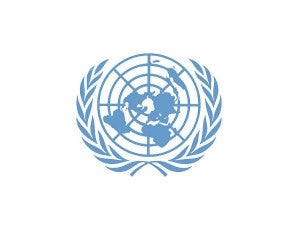 DAVAO, Philippines – The United Nations launched a $65 million global aid appeal Monday to help desperate survivors of a typhoon that killed more than 600 people and affected millions in the southern Philippines.

Luiza Carvalho, country officer for the UN Office for the Coordination of Humanitarian Affairs, said the funds would initially help provide food, water and emergency shelter to 480,000 people in the worst-hit areas.

“I was shocked by the destruction I saw,” she told a news conference in Davao City on the edge of the disaster zone.

“Areas, which have been completely devastated, with only a few damaged buildings still standing. Debris from houses, buildings, landslides and logs. Entire plantations wiped out.”

She said the typhoon, the strongest to hit the region for more than 80 years, had left its many poor residents without the means to feed their families.

“This devastation cannot be erased overnight,” she added.

Over the longer term, the UN aid program will also help survivors to recover emotionally and rehabilitate the devastated farm sector, Carvalho said.

A third of the country’s banana harvest was wiped out, leaving tens of thousands of plantation workers without an immediate source of income, according to industry officials.

The civil defense office in Manila said 647 corpses had been recovered.

A total of 780 people are still missing, including about 150 fishermen from General Santos, the country’s tuna capital, who had put to sea before “Pablo” hit.

Civil defense chief Benito Ramos has said some of those listed as missing could be among more than 200 unidentified bodies, many of them bloated beyond recognition, that have not been claimed by relatives.

More than 400 corpses have been turned over to surviving relatives, and the government is looking at interring the rest in mass graves if nobody steps forward to claim them within 48 hours.

At least 5.4 million victims were affected by the typhoon, the civil defence office said.

Relief workers have reported looting of shops in at least one hard-hit town on Mindanao’s east coast, while homeless people without space in government shelters have been reduced to begging on roadsides, AFP reporters saw.

A 5.8-magnitude earthquake that struck the typhoon-devastated region at dawn Monday showed the precarious situation survivors find themselves facing, although the quake was too deep to cause any damage.