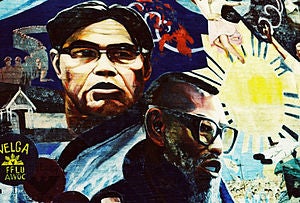 When I wrote last week that “like Rev. Martin Luther King, Jr. and Cesar Chavez before him, Alex Esclamado saw America as an unfinished ideal in which everyone must work to make of it an America of social justice and equality”, a reader, Noel, commented that “it’s a bit too much to compare Alex to Martin Luther King and Chavez.”

Exactly why “it’s a bit too much” Noel did not explain. I can only surmise that perhaps Noel believes Filipinos should never be compared to great people like Rev. Martin Luther King and Cesar Chavez because of flaws in the Filipino character. This self-awareness of his own personal flaws prevents people like Noel from conceiving the possibility that a Filipino like him could ever achieve greatness.

I once heard a speaker lament the tendency of some of these Filipinos to always believe the worst of others like him. When people speak positively of a Filipino, he said, there seems to be this knee-jerk compunction to somehow denigrate that Filipino and ridicule the praise with a snide aside like “maniwala ako sa iyo” (you don’t really expect me to believe that, do you?) On the other hand, when someone reveals some negative news about the Filipino, the response is to express vindication like “sinabi ko na nga ba! Di ba?” (I knew it! Didn’t I tell you?) 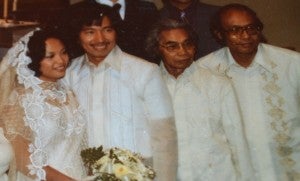 I never met Cesar Chavez, although I worked with the Filipino farm workers in Delano at Agbayani Village for many years in the 1970s. All I know of him is what I read from the accounts of other people. I have no reason to doubt that he deserves to have streets, schools and parks named after him. Three US states even honor his birthday as official state holidays. After all, to honor Cesar, as Fred Hirsch wrote, is to “honor the workers who sow, grow and harvest the fruits of the earth to earn their wages and concurrently fulfill our most basic needs. His story is used as a catalyst to honor those workers in their organized struggle to win just remuneration for their labor and their rightfully dignified place in society.”

Other than Philippine national hero, Dr. Jose Rizal, of whom there are US streets, parks and even a bridge in Seattle named in his honor, there are none for local Filipino American labor leaders like Pablo Manlapit, Larry Itliong or Philip Vera Cruz, writers like Carlos Bulosan or publishers like Alex Esclamado.

When it comes to Alex Esclamado, I do not need to rely on what other people say about him because I worked closely with him for 35 years. I knew him when he initiated the campaign to obtain US citizenship for Filipino WW II veterans and to rescind the 1946 Rescission Act. Without his able leadership, it is doubtful that Congress would have passed the Filipino Veterans Equity Bill that has provided more than $300 million in compensation to more than 24,000 Filipino WW II veterans. 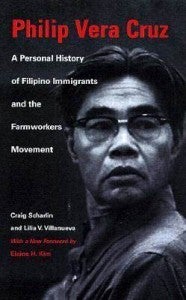 Without his leadership of the US opposition to the Marcos dictatorship, the US might not have withdrawn its support for the Marcos family and Ferdinand “Bongbong” Marcos, Jr. would be the autocratic ruler of the Philippines today. Without his perseverance and vision, there would not be a National Federation of Filipino American Associations (NaFFAA) with 12 regional chapters all over the US advocating for the rights and interests of Filipinos in the US.

I know that if he were still alive today, my wedding ninong, Filipino American labor leader Philip Vera Cruz, would assure Noel that it is not “a bit too much” to compare Alex Esclamado to Cesar Chavez as he knew both of them.

Philip was born in Ilocos Sur in 1905 and immigrated to the US in 1926 working for the next 30 years in menial jobs in farms and canneries all over the US. In the 1950s, he moved to California and, together with Larry Itliong, organized the Agricultural Workers Organizing Committee (AWOC) which launched the Delano Grape Strike in 1965.

Philip first met Alex in 1965 when Alex led a Food Caravan from the San Francisco Bay Area where his newspaper, The Philippine News, had organized a drive to collect canned goods from the Filipino community to support the striking Filipino farm workers.

In that same year, Cesar Chavez, the head of the National Farm Workers Association (NFWA), went to Delano to meet with Vera Cruz and Itliong and their AWOC members to unite their Filipino and Mexican farm worker associations to form the United Farm Workers (UFW) with Chavez as the president and Itliong, Vera Cruz and Dolores Huerta as his vice-presidents.

In the book about his life, “Philip Vera Cruz: A Personal History of Filipino Immigrants and the Farmworkers Movement” (University of Washington Press), written by Craig Scharlin and Lilia Villanueva, Philip provides an account of his sharp conflict with Cesar Chavez on a certain issue.

In August of 1977, after the UFW and Cesar Chavez had gained national and international prominence, Philippine Dictator Ferdinand Marcos invited Chavez to visit the Philippines. It would be a propaganda coup for him if Chavez accepted. A pro-Marcos UFW leader, Andy Imutan, was tasked with convincing Chavez that his acceptance of Marcos’ invitation would be popular with Filipino farm workers from the Ilocos region where Marcos was born.

At a UFW Board meeting where the Marcos invitation was brought up, Cesar turned to Philip, who recalls the exchange as follows:

“Well, Philip, what do you think?” and I said, “No, I don’t approve of it. I don’t like the form of government Marcos has created because it’s very oppressive. It’s a dictatorship. There are thousands of political prisoners; people are arrested without charges or benefit of trial.” I could see that after Chris and I spoke, Cesar wasn’t in the mood to listen anymore. I know how he gets. It doesn’t do any good if I kept talking so I just shut up. Then Cesar said, “Well, all right” and he moved right on to the next order of business and that’s all that was said about that issue.”

At the next UFW Board meeting, Cesar had secured the votes to approve his visit to Manila (Philip cast the only dissenting vote) allowing him to visit the Philippines as the guest of the dictatorship with all his expenses shouldered by the Marcos government. In Manila, Cesar appeared with Marcos and was quoted as saying that Marcos’ martial law appeared to be helping the Filipino people.

In the book, Philip reflects on Cesar’s Manila visit: “What Cesar did there in the Philippines is the saddest day in the history of the farm workers movement in this country. It was a disgrace. Cesar was toasting Marcos with all those phony labor leaders appointed by Marcos at the presidential palace while, at the same time, on the other side of Manila, the real union leaders were in jail.”

When he returned to California, Cesar invited Marcos’ labor minister, Blas Ople, to speak at the UFW national convention in August of 1977. After Ople told the UFW delegates that the Filipino people support Marcos, Philip rose to challenge that assertion but was prevented from doing so by Cesar Chavez.

Philip asked him why he wasn’t allowed to speak. “Cesar said to me “because you’re going to insult him (Ople).” That’s exactly what Cesar said to me then. So what could I do?…You can see what a sad state of affairs Cesar had come to when he was officially gagging a union officer who had been with the union since its inception while allowing a representative of a right-wing foreign government a free voice to speak to the union rank and file.”

In the union elections that followed, Cesar Chavez was reelected union president by acclamation. But Philip Vera Cruz, the UFW 2nd Vice-President from the inception of the Union, was not even nominated. Instead, another Chicano replaced Philip, thus removing the last Filipino to hold a leadership post in a union that came into being because of the Delano Strike of 1965 that was initiated by the Filipino farm workers.

Other than a mural in Historic Filipinotown in Los Angeles, there are no monuments to Philip Vera Cruz anywhere in the US nor to Alex Esclamado. One reason is perhaps because there are Filipinos like Noel who consider it “a bit too much” to even speak of Alex in the same breath as Cesar Chavez.