WHO prods PH to do more to fight HIV/AIDS 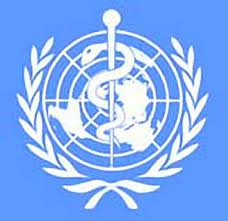 MANILA, Philippines—The World Health Organization (WHO) on Thursday urged countries in the Western Pacific, including the Philippines, to do more in the fight against the spread of human immunodeficiency virus (HIV), which causes Acquired Immune Deficiency Syndrome (AIDS), among men who have sex with men (MSM) and transgender people.

On the eve of World AIDS Day Saturday, the WHO warned that the gains made against the epidemic over the last decade could be jeopardized unless countries urgently expanded access to health services for these two key sectors.

“We need to strengthen our programs to ensure that these key populations receive the support they need to protect themselves,” said Dr. Shin Young-soo, WHO regional director for the Western Pacific.

“We need to scale up and improve sustained, comprehensive, effective and stigma-free HIV prevention efforts focusing on and working with men who have sex with men, and transgender people,” he added.

According to the Joint United Nations Programme on HIV/AIDS 2012 Global Report, HIV epidemics in Asia and the Pacific remain largely concentrated among people who inject drugs, MSM and sex workers.

“HIV infection among men who have sex with men across the region continues to grow. This requires governments to reassess the effectiveness and quality of existing interventions,” it added.

The agency said an estimated 1.3 million people were living with HIV in the 37 countries in the Western Pacific region, “with 80,000 deaths attributed to AIDS.”

In Cambodia, Malaysia and Papua New Guinea, the rate of new HIV infections fell by more than 25 percent between 2001 and 2011, the WHO said.