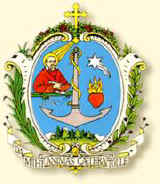 ROME—The Catholic Salesian congregation which runs schools around the world faced the prospect of bankruptcy on Wednesday after losing a court case in which it claimed it was the victim of massive fraud.

The case revolved around a 120-million-euro ($155-million) part of a donation received by the group from a wealthy property developer, Alessandro Gerini, in 1990.

The ruling delivered late on Tuesday means the money could now be claimed by Gerini’s heirs in a separate judgment making its way through the courts.

Magistrate Adele Rando said there had been no fraud against the Salesians, who said they would “respect the decisions of the Italian justice system,” even though they left open the possibility of appealing the ruling.

The case has also involved the Vatican’s powerful Secretary of State Tarcisio Bertone, a Salesian, who claimed he had been misled into signing a settlement with Gerini’s heirs that went against the congregation’s interests.

Founded by Don Giovanni Bosco in Italy in the 19th century with a strong vocation for education, the Salesians have around 16,000 clergy members.