PH to bat for cleaner air quicker at climate talks 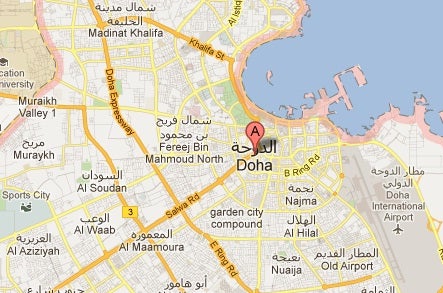 MANILA, Philippines—The Philippines will push for a five-year extension of the Kyoto Protocol—the international treaty that binds developed nations to cut their greenhouse gas emissions—during the next round of climate change talks in Doha, Qatar, which begins Monday.

Climate Change Commission Executive Director Mary Ann Lucille Sering, who is also CCC vice chair, said the Philippines will seek a shorter second commitment period than the European Union, which has proposed an eight-year extension of the pact.

“We don’t want a lock-in period that’s too long because we still don’t know how the review of the greenhouse gas emissions will bear out,” Sering told reporters after a briefing in Quezon City on Friday.

“The position of the EU, one of biggest supporters of a second commitment period, is eight years. We’ll see how the negotiations work out,” she added.

The Philippines’ push for a shorter period is borne out of fears the gap between global carbon emissions and the commitments by governments to cut greenhouse gases (GHG) may be widening.

“The gap between GHG cuts that governments have committed to and the cuts that scientists say are crucial has widened,” said CCC Commissioner Heherson Alvarez, a former senator and environment secretary and a member of the Philippine delegation to Doha.

“If we are to save the world from the impacts of climate change such as wildfires, flooding, drought, sea level rise and other recent extreme weather events, that gap must be narrowed,” Alvarez said.

“According to the report, there is now one-fifth more carbon in the atmosphere than there was in 2000, and the current pledges to cut emissions may not be enough to bridge the gap,” Alvarez said.

The Kyoto Protocol was adopted in 1997 and entered into force in 2005, with most industrialized nations agreeing to legally binding commitments to curb their greenhouse gas emissions, which is blamed for global warming.

But only the European Union and several countries have shown a willingness to sign up for a second round of pledges.

“If this [Kyoto Protocol] doesn’t get extended, the carbon markets will really go down. Now it’s down to 1 euro from a high of 15 euro per ton [of greenhouse gas emissions],” Sering said.

The adoption of the Kyoto Protocol has led to the emergence of carbon markets, in which carbon is given an economic value and traded between nations and companies.

The United States, though a signatory to the Kyoto pact, never ratified it, and Canada withdrew from the Kyoto Protocol last year.

But Sering said there was still hope the Kyoto Protocol would be extended as Australia has shown a willingness to pledge to a second commitment period.

“We’re very confident that since Australia indicated its willingness—and Australia usually goes with Japan and the US—there will be some positive results for a second commitment period,” she said.

The Philippines, she added, was itself preparing its greenhouse gas inventory, “so we can have an idea of how we can join this initiative.”

“It’s still up in the air, but the fact that it’s being explored is a positive sign,” Sering said.

The United States, she said, “will never ratify the Kyoto Protocol.”

But she said that what happened with Hurricane Sandy and the reelection of Obama was something she found “really interesting.”

“After Sandy and his [US President Barack Obama’s reelection]… we don’t know how this will translate in the Doha negotiations,” Sering said. With a report from Cynthia D. Balana