Challenges and rewards of Filipinos in Qatar 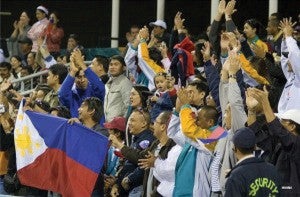 Slowly but surely, Filipinos in Qatar are making strong contributions to the country’s culture in the areas of arts, sports, fashion and design.

In the creative field, architect Adonis Canonicato has played an important role in the design of such outdoor structures like the Qatar Pavilions at the World Expo in Nagoya, Japan in 2005, as well as in Zaragoza, Spain in 2008.  He also designed the Qatar Reception Lounge for World Petroleum Congress held in Madrid, Spain, in 2008.

Canonicato believes that the underlying strength of the overseas Filipino worker (OFW) lies in their ability to adjust to any work situation.

“It is mainly because we come from a country where we can find homeless and jobless people around us. So, having a job is considered to be a blessing. We are from a country which produces competitive professionals,” Canonicato said to the Qatar Tribune.

Based on published data, there are about 175,000 to 250,000 Filipinos living and working in Qatar with most of them into the hospitality, health care and construction industry.

Considered a small sized country within the Persian Gulf, this oil rich country houses the third largest gas reserve in world after Russia and Iran. And because Qatar has one of the best GDP per capita rates, which translates to a good pay rates, the country attracts many overseas workers.

For the millions of Filipino migrant workers, Qatar is the fourth-largest choice destination worldwide and the third-largest destination of choice in the Middle East after United Arab Emirates and Saudi Arabia.

Estimated to be the second largest group of foreign workers next only to the Indians, Filipinos in Qatar have about 44 community based organizations ranging from sports leagues to religious organizations and cultural groups that enjoy a high membership turn out.

Another Filipino who is making a buzz, this time in sports is Rhea Navarro, the players’ affairs supervisors at Qatar Basketball Federation (QBF) lends her more than a decade experience in sports to develop Qatar’s basketball league as she oversees the requirement for the national team in relation to Qatar’s participation in FIBA Asia Championships.

“Working in such a male-dominated field is never a problem for a tough cookie,” she tells the news source.

Confident of her position, Navarro explains, “Filipino workers are diligent and dedicated professionals who know their craft well. We love what we do and this makes for rendering an excellent job regardless of title or industry.”

While in the world of high fashion, Victoria Ferraris, a sales manager, social media blogger and fashion stylist who has initiated and popularized fashion related events in the country is among Qatar’s most well connected media person.

“As a Filipino I am proud to say that I am where I am now. I enjoy life. I love what I do and I embrace all other culture,” says Ferraris.

Meanwhile, serving the educational needs of the children of the Filipino community in Qatar is the establishment of the Philippine School in Doha (PSD).

“Guided by the dictum “Knowledge Begets Wisdom”, the Philippine School Doha envisions itself to be the center of academic excellence as the first Philippine Science School in the Middle East abreast with the dynamics and development of society, culture, Science and Technology and the Arts,” the website said.

After 8 years of striving for excellence with only 33 original students, PSD now boasts having 2696 currently enrolled students for the school year 2012-2013.

The birth of PSD was the result of the community’s action with support of the Philippine Embassy.

Dubbed as modern day heroes of the country, especially in light of the economic hardships, OFW’s worldwide through there billions of dollars in remittances have helped the country stay afloat all while excelling in their field.