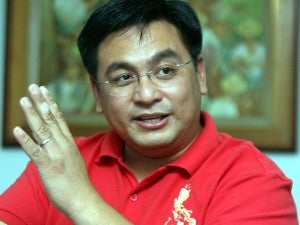 MANILA, Philippines—Alarmed by reports of alleged rampant smuggling of plywood from China, the Bureau of Customs (BOC) has ordered the close monitoring of the country’s plywood importation, especially those coming from Tsing Tao, Qing Dao and Shandong, China.

Commissioner Ruffy Biazon issued the order amid claims by the Philippine Wood Producers Association (PWPA) that plywood smuggling has been hurting their industry and shortchanging consumers as well because these illegally imported plywood did not meet the mandatory standards set by the Bureau of Product Standards (BPS).

The PWPA said plywood smuggling has already caused the loss of 10,000 to 15,000 jobs in their industry. Fearing that more jobs could be lost if plywood smuggling was not stopped, the PWPA, in a letter to Commissioner Biazon asked for the BOC’s heightened monitoring of all plywood shipment from China.

Illegally imported plywood would usually fetch prices lower than those of the locally produced, creating a significant price distortion in the local market, PWPA stressed.

“The technical smuggling of plywood has harmful effects on our local wood industry and our economy,” PWPA President Antonio Olizon said in his letter to Biazon.

Wood manufacturers estimated that 200 to 450 container vans loaded with plywood were brought into the country each month in the past few months.

These were reportedly unmarked plywood from China, which were of sub-standard quality. Its importers either did not pay the right duties and taxes or mis-declared the wood shipments.

“All our ports have always been on a heightened alert level for any form of illegal importation. But we will take exception to the Philippine Wood Producers Association’s request. We shall undertake a double alert level in monitoring the country’s plywood importations from China,” Biazon said.

Apart from inducing a slow death to the local industry, PWPA also warned that the illegal importation can be hazardous to public health since these do not conform to Philippine Quality Standards.

Smuggled plywoods “have external veneers that are not sanded,” PWPA earlier said.

Without this sanding, the thin veneers exposes the glue used in the plywood, which contains high formaldehyde emissions that could pose health problems consumers, construction workers and builders.

Biazon, meanwhile, lauded the private sector like the PWPA for stepping forward to help the government in its anti-smuggling campaign.

“With more vigilance among industry stakeholders and a stronger partnership between BOC and the private sector, we will ultimately emerge victors in this campaign against smuggling,” he added.