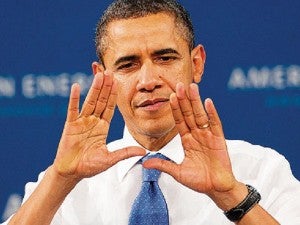 MANILA, Philippines – If Filipinos were allowed to vote in the 2012 US elections, President Barack Obama would win.

In mock elections that were held in Metro Manila, Cebu, Cagayan de Oro, Baguio City, Ilocos Norte, Davao and Dumaguete, 76 percent or 1,620 of the 2, 129 participants voted for Obama while only 24 percent or 509 voted for Republican rival Mitt Romney.

The activity, which was sponsored by the US embassy, was held the same time the US elections were taking place and which was viewed live at the SM North Edsa in Quezon City.