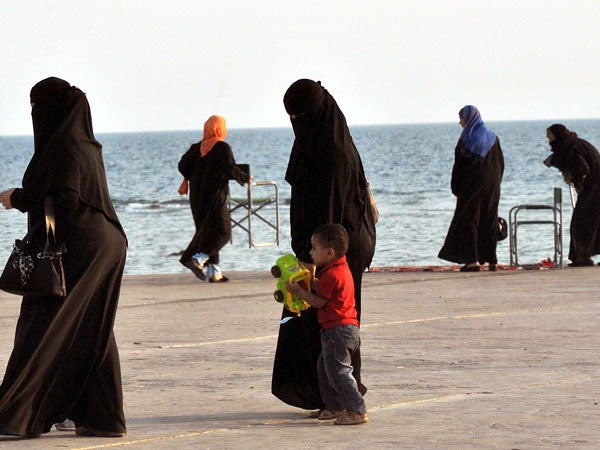 A maid carries a folding chair for waiting Saudi women along the sea front in the Red Sea coastal city of Jeddah. AFP

MANILA, Philippines—Up to 140,000 Philippine workers could lose their jobs in Saudi Arabia due to a domestic helper ban and a program to compel firms to employ more locals, the Department of Foreign Affairs said Thursday.

Another 90,000 Filipinos of the 1.3 million working there could be affected by the new policy of imposing quotas for local staff, although the specialized skills of the majority should allow many to hang on to their jobs, she added.

“Let us not talk about everyone being sent home. That is impossible. You can’t just replace skilled workers,” Baldoz told a news forum.

However, the “Saudization” policy would affect mainly unskilled workers like manual laborers, janitors, drivers and gardeners, she added.

Saudi Arabia said last week it would stop granting work permits to Philippine and Indonesian maids after failing to agree on hiring conditions imposed by the Asian countries.

However, the exact implications were still unclear and she said she hoped to negotiate with Saudi officials to minimize the effects of the new policy.

The main issue appears to be the demand, backed by Philippine law, for a base monthly salary of $400 for domestic workers, she said. Saudi Arabia rejects the salary floor, she added.