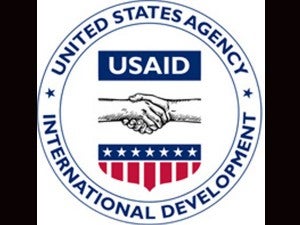 MANILA, Philippines—A top official from the United States Agency for International Development Aid (USAID) will be in the country next week to lead the launching of new development projects which will help boost the country’s economic growth, the US embassy in Manila announced Friday.

Eric Postel, assistant administrator for USAID’s Bureau of Economic Growth, Education, and Environment, will visit the Philippines from November 5 to 8, the embassy said in a statement.

It said that during his visit, Postel would be meeting with high-level Philippine government officials, business chambers, and other stakeholders to discuss the US-Philippines Partnership for Growth (PFG).

The initiative, launched in November 2011 by US Secretary of State Hilary Clinton and Foreign Affairs Secretary Albert del Rosario, intends to mobilize the resources of the two countries to “address the most serious constraints to economic growth in the Philippines,” said the embassy.

Postel will also forge a new  partnership between USAID and Valenzuela City to implement the use of mobile money in the city’s financial transactions under the Scaling Innovations in Mobile Money Project (SIMM).

“The project will help cut administrative costs, increase transparency, reduce potential leakage, and make transacting with government easier for citizens,” it said. The USAID had boasted that the project would take advantage of the Philippines’ high penetration rate of mobile phone subscribers, saying that this would close the gap and extend financial services to Filipinos who did not have access to banks.