Filipinos urged by embassy in Washington to prepare for hurricane Sandy 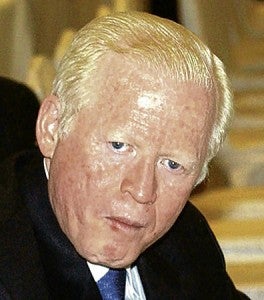 MANILA, Philippines – The Philippine Embassy in Washington has urged Filipinos living in the United States East Coast to take all necessary precautions and brace themselves for Hurricane Sandy, expected to make landfall on the eastern seaboard Tuesday.

An emailed statement from Washington noted that Philippine Ambassador to the US Jose Cuisia had advised the more than 310,000 members of Filipino-American communities in 11 states – North Carolina, South Carolina, Georgia, Virginia, District of Columbia, Maryland, Delaware, Pennsylvania, New Jersey, New York and Connecticut –  to stock up on food and other emergency provisions and to monitor local media for regular updates.

“We advise our kababayans staying along the path of Hurricane Sandy to stay indoors and avoid unnecessary travel until the storm has passed,” the statement quoted Cuisia as saying, adding that a team from the embassy was on standby in case of emergency assistance.

It also quoted Cuisia as saying that the embassy and the Philippine Consulate General in New York had also activated 24-hour help desks to assist Filipino tourists traveling along the East Coast who may be affected by the hurricane. He said Filipinos who may require assistance may call the Duty Officer of the Embassy in Washington D.C at 202-368-2767 or the Consulate General in New York at 917-294-0196.

Reports had noted that US forecasters and experts dubbed Sandy as “Frankenstorm,” – a rare mega storm which is predicted to be one of the largest storms to hit the US Mainland. Experts noted that “Frankenstorm” would combine elements of a tropical cyclone and a winter storm and could change into a massive “superstorm.”

Reports also said that the storm, expected to last for several days, could bring in damages that amounted to at least $1 billion.