US senator to visit PH to campaign for nuclear threat reduction 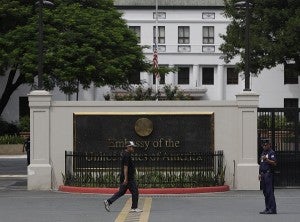 MANILA, Philippines—A United States (US) senator will be visiting the country next week for a talk with Philippine government officials as part of a bid to encourage Southeast Asian countries’ participation for his nuclear threat reduction program, the US embassy in Manila said Friday.

In a statement Friday, the US embassy in Manila said that Senator Richard Lugar, the most senior Republican in the US senate and the longest serving senate member in Indiana history, would be in the country from October 27 to 31 to meet with President Benigno Aquino III, Foreign Affairs Secretary Albert Del Rosario, and other government representatives.

It said that the senator’s visit in the country was one stop on a trip to several Asia-Pacific nations, the aim of which was to elicit continued global expansion of his pioneer Nunn-Lugar Global Cooperative Threat Reduction program.

The program, which he co-authored with former Senator Sam Nunn and was expanded in 2003 under the Nunn-Lugar Expansion Act, focused on “reducing stockpiles of nuclear, chemical and biological weapons, related materials, and delivery systems in nations around the world to address proliferation threats.”

“Cooperation is essential to identifying and interdicting the flow of weapons of mass destruction through Southeast Asia. Sources of nuclear, chemical or biological weapons or precursor materials could be states or rogue terrorist elements,” Lugar was quoted in a statement by the embassy.

“Southeast Asia is a major intersection of global trade and commerce by water and air. US strategic economic and foreign policy needs to become more robust in the Asia-Pacific region and Nunn-Lugar Global Cooperative Threat Reduction will be an important tool for our diplomatic and military leaders as we seek a more integrated approach to the region,” Lugar added.

A release from the senator’s office noted that the Asia trip started on October 22 and would end on November 2. It said that aside from meeting officials from the Philippines, Lugar was also slated to meet government officials from Indonesia and Thailand.

It said that the program was originally created to provide US support to help Russia’s efforts to secure and destroy stockpiles of nuclear, chemical, and biological weapons, related materials and delivery systems.

An American Security Project fact sheet, meanwhile, has noted that the program provided a good model for dealing with 21’st century nuclear proliferation threats, particularly in addressing the threat to the international community of the security of Syria’s chemical weapons arsenal.

According to its website, the American Security Project is “a non-profit, bipartisan public policy and research organization dedicated to fostering knowledge and understanding of a range of national security issues, promoting debate about the appropriate use of American power, and cultivating strategic responses to 21st century challenges.”