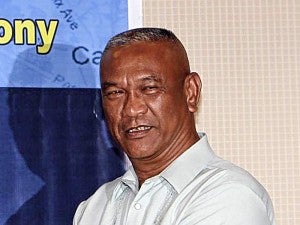 National Disaster Risk Reduction and Management Council executive director Benito Ramos (shown in this file photo) as early as October 8 called for a multi-agency meeting at Camp Aguinaldo to discuss the implications of South Korea’s plan to send into space its third “science and technology satellite” on Friday, October 26. FILE PHOTO

SEOUL—South Korea plans to make its third attempt to join the exclusive club of countries capable of placing a satellite in space on Friday with a rocket launch from the Naro Space Center on the south coast.

“In consideration of preparations and weather conditions, we have confirmed that the launch is possible on October 26,” Lee said.

A 3,000-ton coastguard ship has left for international waters near the Philippines to track the launch, the ministry said, adding the rocket would be transferred to the launch pad on Wednesday.

The ministry had previously set a five-day window for the launch ending October 31.

Two previous launches of the KSLV-I ended in failure. In its first attempt in 2009, the KSLV-I actually attained orbit but faulty release mechanisms prevented proper deployment of the satellite.

A second attempt the following year ended when the rocket exploded in mid-flight.

The first stage of the space vehicle is manufactured by Russia, combined with a solid-fuelled second stage built by South Korea.

Currently, only three Asian countries – China, India and Japan – have successfully launched a satellite into orbit.

North Korea in April conducted a rocket launch that Pyongyang said would put a satellite in space. Most other countries, however, considered it a disguised ballistic missile test and it was condemned by the UN Security Council.

The rocket disintegrated some two minutes after blast-off.