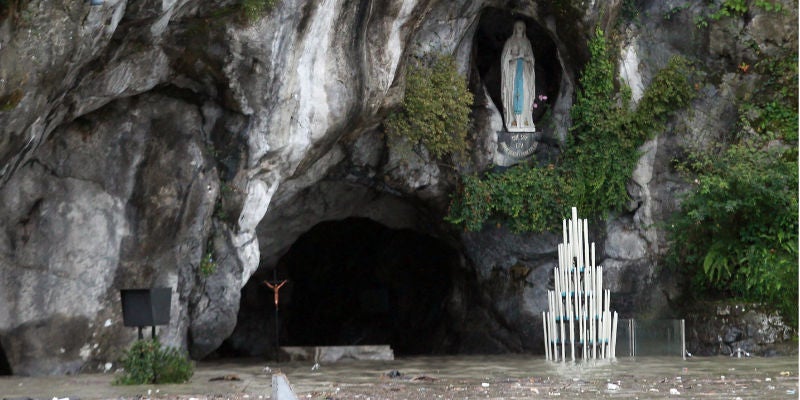 Hundreds of pilgrims who had come to visit the famous grotto where the Virgin Mary reportedly appeared to a peasant girl in 1858 had to be evacuated after heavy flooding hit the area on Saturday.

On Monday firefighters continued work on clearing the 20 centimeters (eight inches) of mud on the esplanade in front of the grotto and pilgrims were told that they would have to wait until Tuesday before it reopened.

But visitors from Canada, Japan and the Philippines were able to take part in processions and visit the newly reopened Basilica of the Immaculate Conception and the Rosary Basilica.

The floods were a fresh blow for the shrines that are visited by millions of religious pilgrims.

They had a one-million-euro ($1.3-million) shortfall in last year’s 30-million-euro budget after donations fell amid the eurozone debt crisis.

Thierry Castillo, the custodian of the sanctuaries, said the damage could run into hundreds of thousands of euros.

Pope Benedict XVI evoked the flooding at a special Vatican Mass Sunday, when he named seven new saints, saying: “Let us turn to the Virgin Mary with a thought for Lourdes, the victim of flash floods which inundated the grotto where the Madonna had appeared.”