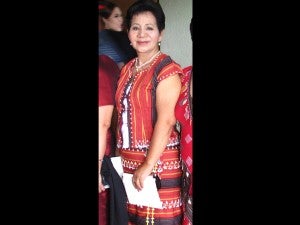 MANILA, Philippines – A lawmaker on Monday slammed a report made by the United Nations which suggested that prostitution in Asia and the Pacific be legalized to control the rise of sexually transmitted diseases.

In a statement, Gabriela Partylist Representative Luz Ilagan warned that the suggestion made in UN’s report titled “Sex Work and the Law in Asia and the Pacific” could not protect those forced into prostitution.

The report said that the government can limit the spread of sexually-transmitted diseases by providing protection and health services to prostitutes.

But Ilagan maintained that “legalization will not guarantee protection against sexually transmitted infection and HIV (human immunodeficiency virus).”

She said that what should be done instead was for Congress to enact a legislation which decriminalizes prostitution by amending the Revised Penal Code which defines sex workers as vagrants.

“Our present laws seek to penalize only the women engaged in prostitution. Our laws do not penalize pimps, bar owners and operators or those who pay to use and abuse these women,” said Ilagan.

“Prostitution is a highly organized exploitative system,” she argued, pointing out that legalizing it would only allow operators and owners of prostitution dens to further exploit women and minors.

Aquino was earlier urged to veto and return the said bill, a consolidation of Senate Bill 2726 and House Bill 4936, which women activists opposed because it would still penalize only women engaged in prostitution rather than those who exploit them.