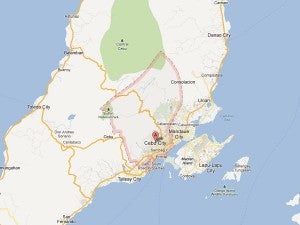 The Koreans identified themselves as Dong Chul, 28; Jaehak Han, 24; Moonoh Kim, 31; Seungyeop Oh, 34; Kiwon So, 34; and Zu Mao Rum, 30, but police said they were still trying to determine if those were their real names.

The six were arrested inside five adjacent apartments in the Winland Towers in Barangay Camputhaw, Cebu City.

A team from the Philippine National Police’s Regional Intelligence Division made the arrests on the strength of a search warrant issued by Cebu Regional Trial Court Judge Sylva Aguirre-Paderanga against Munchi Beck, an alleged operator online gambling games.

Ylanan said they conducted the operation after receiving information regarding illegal online gambling in Cebu City. Their informant started giving them tips following the arrest of five Koreans in Lapu-Lapu City.

The clients of the online gambling operation use credits cards in placing bets. The operation involves results of basketball, softball and other international games seen on television, Ylanan said.

The Koreans  did not resist arrest and were detained at the Camp Sergio Osmeña detention cell. The police were preparing charges of violation of the Republic Act 9287 against the six Koreans, who refused to make any comment to the press.