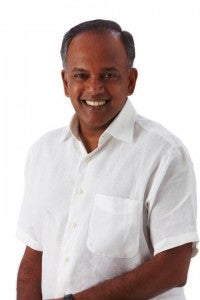 MANILA, Philippines—Singapore, one of Asia’s most robust economies, is taking notice of the Philippines’ recent economic gains and is looking to expand its investments in the Philippines, according to the Department of Foreign Affairs.

A DFA statement said that Singapore Foreign Minister K Shanmugam took note of the country’s rosy economic performance in a meeting with Foreign Affairs Secretary Albert del Rosario, during the latter’s official visit to the city state on October 11.

“The Philippines has been a quiet economic story,” the DFA quoted Shanmugam as saying during the meeting.

The Singaporean foreign minister called the Philippines’ economic achievements “fairly impressive” and that Singaporean businessmen have started to take notice.

“He admitted that some Singaporean investors experienced ups and downs in the country in the past, but added that more are likely to come in once they see the Philippines on a steady path,” the DFA said in a statement.

Singapore is the country’s fifth-biggest investor, with some $357.74 million worth of investments into the Philippines in 2011.

The city state is the Philippines’ fourth-largest trading partner, with total trade volume amounting to $9.17 billion. This accounts for 8.5 percent of the country’s total international trade.

Del Rosario credited the country’s economic performance, rated one of the best in Asia this year, to the Aquino administration’s campaign for good governance, a reform initiative seen as the key in improving investor confidence and easing business transactions in general.

“I come with head held high, proud of what is happening in my country,” Del Rosario told his Singaporean counterpart.

There are already 167 weekly flights connecting the Philippines and Singapore. Singapore tourist arrivals in the Philippines have also increased by almost 50 percent between 2007 and 2011, the DFA said.

The two diplomats also discussed the establishment of a bilateral mechanism for regular discussions on areas of cooperation.