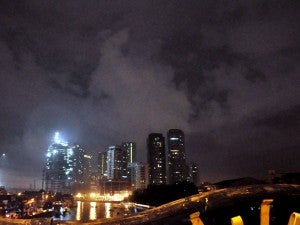 MANILA, Philippines – Makati City ranks third in the top 10 most promiscuous cities in Asia with 77 percent of men saying they have had five or more sexual partners in a year, according to an online study conducted by a worldwide dating website.

SeekingArrangement.com, a dating website that aims to establish “Mutually Beneficial Relationships” between men “Sugar Daddies” and women “Sugar Babies,” has revealed the results of their recent study that an average of 76 percent of men throughout Asia have four or more sexual partners a year.

The study, which surveyed 10,000 male members of the dating website, found that Bangkok, Thailand ranked first with 83 percent of men saying they had more than five sexual partners per year.

Osaka, Japan was second with 80 percent while Makati, Philippines ranked third with 77 percent, the study said.

The Asian average was found to be lower when compared to Europe and the United States, where men averaged at seven or more partners per year, it added.

“Asia is known for efficiency and discipline. There is a common misconception in the West that Asian men are not as promiscuous as Americans,” Brandon Wade, Chief Executive Officer and Founder of SeekingArrangement.com, said in the statement.

“It is simply not true. Because of the fast-paced lifestyle in these cities, men are always looking to relieve stress. In a city where the market is constantly changing, so goes the dating pool,” Wade said.

The study also found three cities with the least amount of promiscuity. Sixty-six percent of men in Kuala Lumpur, Malaysia reported having two or more sexual partners per year.

SeekingArrangement.com was launched in 2006 and has over 1.7 million members globally. It claims to be the world’s largest sugar daddy dating network, that pairs “wealthy men with beautiful women seeking mutually beneficial relationships.”