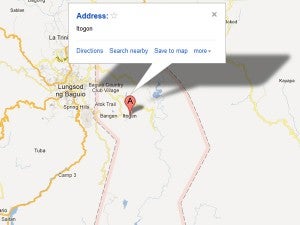 MANILA, Philippines—An acclaimed Australian yacht designer was hacked to death inside his residence in the northern Philippines, police said Wednesday.

A neighbor found the body of 81-year-old Joe Adams early Monday and blood scattered on the floor of his two-story house that was left open in the village of Tuding in Benguet province’s Itogon township, said regional police director Benjamin Magalong.

Hack wounds on Adams’ hands suggest that he tried to fight off attackers armed with a machete, Magalong said. He said police are investigating the motive for the killing and that forensic experts are examining possible fingerprints left by the suspect or suspects.

The Sydney-born yacht designer was behind the record-breaking Sydney-to-Hobart winner Helsal in 1973. After moving to the Philippines, he became an investor in a property development company in northern Baguio city.

Tuding police investigator Julius Acay said Adams may have been killed between late Sunday and early Monday. His valuables were left intact although his wallet contained no money when it was found, Acay said.

Acay said Adams had been a Philippine resident for about 10 years and lived for many years in Tuding’s Alphaville subdivision. During that time, there was no record of disturbance or altercation involving Adams, who lived alone after separating from his third wife, a Filipino who now lives in Australia, Acay said.

Acay said that Adams recently let go of his Filipino maid because he could no longer pay her. He was last seen walking his maid to her new employer within the village Sunday afternoon.