Dog that lost snout saving girls arrives in US 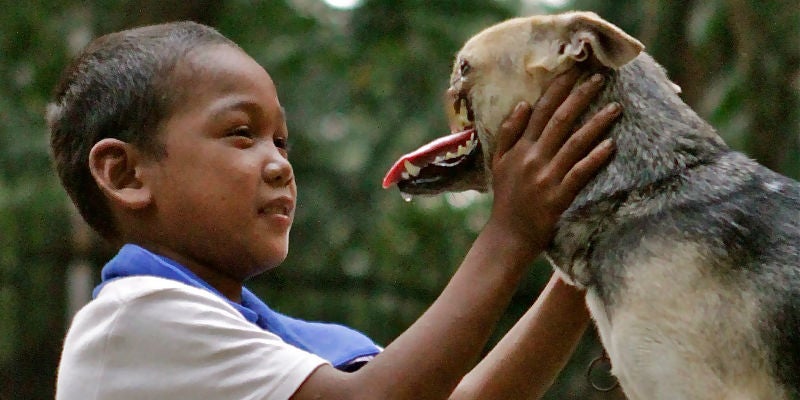 In this August, 12, 2012 photo provided by the University of California, Davis, a Bunggal family member plays with Kabang the dog in the Philippines. The dog that lost its snout while saving two girls in the Philippines has been brought to the University of California, Davis, where veterinarians will try to fix its injuries. AP Photo/UC Davis, Anton Lim

DAVIS, California— A dog that lost its snout while saving two girls in the Philippines has been brought to the University of California, Davis, where veterinarians will try to fix its injuries.

The San Francisco Chronicle reports (http://bit.ly/RDeeB5) that Kabang became a star in the Philippines after it got in front of a speeding motorcycle, saving the dog owner’s young daughter and niece.

But the crash took off its snout and its upper jaw. Veterinarians in the Philippines were unable to treat the injury.

So Karen Kenngott, a critical care nurse from Buffalo, New York, spearheaded an online fundraising campaign for the dog’s care.

UC Davis surgeons say Kabang will need multiple surgeries, but they are confident they can improve its condition.