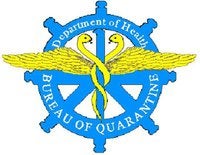 MANILA, Philippines–More than five weeks after the Vietnamese ship Minh Tuan 68 arrived at the Legazpi City harbor, the 94,000 bags of rice in its cargo hold have been certified “insect-free” and fit for human consumption by the Bureau of Quarantine, a health department-attached agency.

But there is a problem, said Commodore Joel Garcia, commander of the Philippine Coast Guard-Bicol district.

“Up to this day, the supposed farmer-consignees of the rice shipment have yet to submit to the Bureau of Customs the cargo’s import authority and other required documents legitimizing the rice importation,” Garcia  told the Philippine Daily Inquirer on Tuesday.

An undisclosed number of PCG personnel are “still closely guarding the ship, its 16 crew members and cargo of imported rice,” estimated to be worth P200 million, he said.

Garcia earlier justified the deployment, saying they were dealing with an allegedly smuggled shipment of imported rice.

“From the Legazpi anchorage area, where it had been held for over three weeks, the vessel was brought closer to the city pier,” he said.

The Bureau of Customs, meanwhile, has yet to formally seize the rice shipment, pending its hearing on the rice importation in question.

Originally scheduled for Sept. 25, the consignees have “requested for a postponement of the hearing to Oct. 18,” according to Garcia.

The Minh Tuan arrived in the waters off Legazpi City on Sept. 2.

The BOC had issued a warrant of seizure and detention against the vessel for alleged illegal transport of a rice shipment from Vietnam.

The shipment’s detention came less than two months after the BOC’s seizure of P430 million worth of smuggled Indian rice at the Subic Bay Freeport in Zambales.

Some BOC and PCG oldtimers observed there were “more questions than answers” in the Minh Tuan case.

When personnel of the two agencies boarded the ship in early September, they discovered that the cargo lacked the import authority document that should have been issued by the National Food Authority.

She claimed some of the consignees had yet to complete the papers needed to be presented to the BOC.

Navarro also said there was nothing wrong with using Legazpi City as the shipment’s port of entry as Albay has been a regular port of discharge of imported rice consigned to the NFA.

PCG and BOC sources said it was “puzzling and intriguing” why the Minh Tuan 68 chose to sail to Legazpi instead of Manila, which is closer to Central and Northern Luzon where the shipment’s consignees are based.

An official at the BOC headquarters in Manila said “it doesn’t really make sense.”

The official, who asked not to be named, asked “why unload the cargo in Bicol? … Are they hiding something?”

The leaders of the five cooperatives could not be reached for comment.