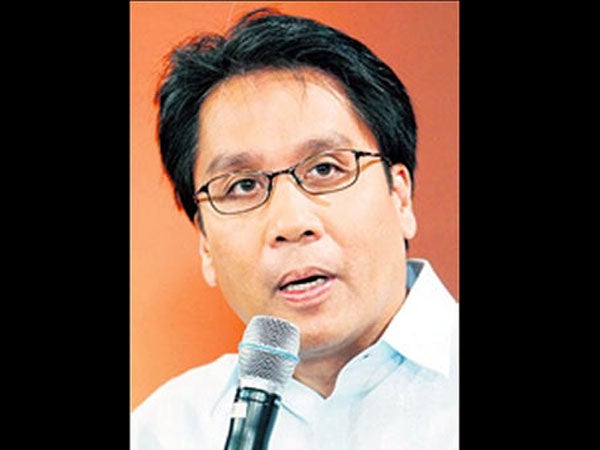 In the midst of the dispute over the Panatag (Scarborough) Shoal, China suddenly demanded payment from the Philippines for the $500-million loan that the latter took out in 2003 for the NorthRail, or the Northern Luzon railway project, Interior Secretary Manuel Roxas II said Tuesday.

However, Roxas clarified that the demand for payment was unrelated to the territorial dispute but stemmed from the Supreme Court ruling last February that the project’s Chinese contractor, the China National Machinery & Equipment Corp. (CNMEG), was not immune from suit.

Speaking at a Palace briefing Tuesday, Roxas said that in the middle of the controversy over the Panatag Shoal earlier this year, Beijing called for the ODA (official development assistance) loan that the China Eximbank granted to the NorthRail project to be paid.

“Meaning it became due and demandable. This was a multiyear loan that suddenly became due,” he said.

As a result, Finance Secretary Cesar Purisima made arrangements with China Eximbank for the loan to be paid in tranches in two years, he said.

According to Roxas, China’s demand for payment of the loan and the stalemate over the shoal may have been “coincidental.”

“Whether our relations are good or not, whether the standoff has happened or not, the NorthRail project is still anomalous…So I think these are individual occurrences,” he said.

Last February, the high court ruled that the CNMEG contract with NorthRail was not an executive agreement, and that CNMEG was not immune from suit.

It remanded to the Makati regional trial court for further hearing the case questioning the validity of the contract, and the loan agreement between China Eximbank and the Department of Finance.

The 80-kilometer railroad project that was supposed to link the northern flank of Metro Manila with the Diosdado Macapagal International Airport at the Clark Freeport in Pampanga was one of the flagship programs of the Arroyo administration that the Aquino government has reviewed for being allegedly “anomalous.”

Read Next
Roxas says no change in PH-China standoff
EDITORS' PICK
A laptop that maximizes your WiFi so you can maximize your productivity
Why Tagle is a leading papal contender
In Borongan, nuns play hoops (not mahjong)
Powered by style, innovation and passion
House energy committee chair Arroyo bats for cheap electricity
KWF has no power to ban, censor written works – Lagman
MOST READ
Why Tagle is a leading papal contender
SRA officials should resign after ‘illegal sugar order’ – Zubiri
Arjo Atayde reveals proposal to Maine Mendoza was ‘more than a year’ in the making
Gilas gets solid core with Clarkson, Sotto planing in
Don't miss out on the latest news and information.