Aquino off to Brunei royal wedding 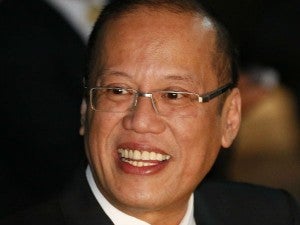 MANILA, Philippines—President Benigno Aquino III is flying on Sunday to Brunei to attend the wedding of Sultan Hassanal Bolkiah’s daughter.

“Given that it is important to continue to strengthen our relations with fellow Asean (Association of Southeast Asian Nations) countries, the President will be engaging in some informal diplomacy,” Undersecretary Abigail Valte, deputy presidential spokesperson, said in a text message to reporters.

The Sultan extended the invitation to Mr. Aquino and other heads of state on the sidelines of the Asia Pacific Economic Cooperation Leaders Summit in Vladivostok, Russia, early this month, said another official, who asked not to be named for lack of authority to speak on the matter.

Mr. Aquino, Del Rosario and a small group of security officers are expected to depart for Brunei on a chartered flight early Sunday, and fly back to Manila this afternoon, the official said.

Hajah, 32, the fifth child of the Sultan and Queen Saleha, and her groom, Pengiran Haji Muhammad Ruzaini, 29, exchanged vows last Thursday. They would be officially presented to the royal court SUnday to cap weeklong wedding festivities, according to reports.