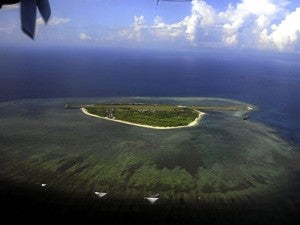 MANILA, Philippines—The Philippines said Wednesday it would grant more permits to private firms to search for oil and natural gas in the West Philippine Sea (South China Sea), where it has a simmering territorial dispute with China.

A total of 15 exploration contracts would be offered Thursday for mostly offshore prospects off the western island of Palawan, the Department of Energy (DoE) said in a statement.

The DoE did not give details beyond saying the blocks would include East Palawan—an undersea section of the West Philippine Sea—as well as Northwest Palawan and the Sulu Sea basins.

“The contracting round is expected to attract investments in oil and gas exploration activities which will contribute to the realization of the country’s energy self-sufficiency level target of 60 percent,” it said.

“Independent and large-scale international exploration companies… have already expressed their interest to tender their bid in the various blocks,” it added.

The scheduled tenders come amid increasingly assertive insistence by China on its territorial claims over most of the West Philippine Sea.

President Benigno Aquino this month called for US help in containing China’s ambitions in the area, saying his country was too weak to stand up to Beijing alone.

The plea was issued after his government accused China of inciting at least seven recent incidents in the disputed waters, including one in which a Chinese vessel allegedly opened fire on Filipino fishermen.

The Philippines has also alleged that a Chinese patrol ship shadowed a Philippine oil exploration vessel in the area.

China and the Philippines have overlapping claims over the Spratly archipelago, a reputedly resources-rich South China Sea chain, as well as over nearby shoals, reefs and banks and their adjacent waters.

The Spratlys are also claimed in whole or in part by Brunei, Malaysia, Taiwan and Vietnam.