US to still assist PH anti-trafficking efforts amid NGO fraud 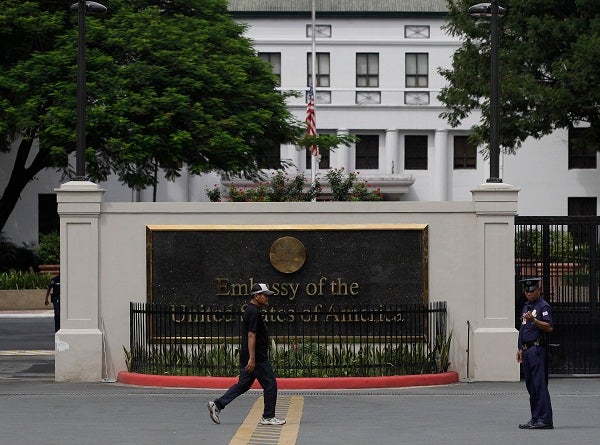 A man walks past the U.S. Embassy in Manila, Philippines on Thursday September 13, 2012. AP

MANILA, Philippines – The United States remained firm in its commitment to assist the country’s efforts against human trafficking amid reports that a group it had been funding had been involved in allegations of fraud, the US embassy in Manila said Friday.

“The United States remains committed to assisting the Philippines in its efforts to prevent human trafficking, to protect those that fall prey to this modern day form of slavery, and to prosecute those who are found guilty of this heinous act,” Tina Malone, US embassy spokesperson, said in an emailed message.

Malone, in the statement, noted that the embassy was aware that the Department of Justice (DOJ) had initiated an investigation of the Visayan Forum Foundation (VFF).

The group came in hot water after the US Agency for International Development (US AID) accused it’s founder of failing to account for P210 million in US AID.

The US government has in the past provided funding to the VFF for projects aimed at protecting victims of human trafficking in the Philippines.

Malone added in her statement that further questions on the investigation should be referred to the DOJ.