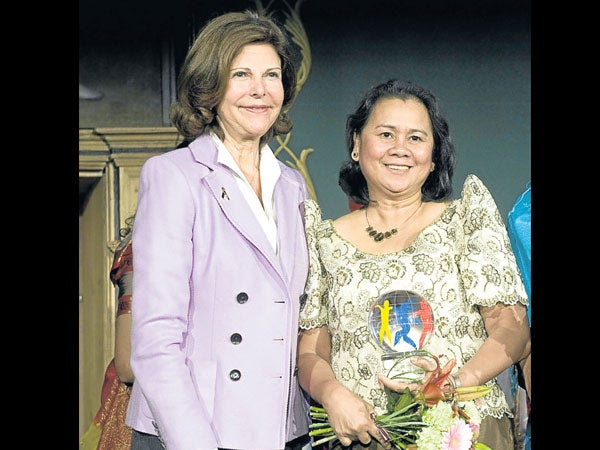 The United States government has accused the founder and president of Visayan Forum Foundation Inc. (VFFI), a group that has won international accolades for its campaign against human trafficking, of failing to account for P210 million in US aid, the National Bureau of Investigation said.

Based on the complaint of the US Agency for International Development (USAID), the NBI has recommended the prosecution in the Department of Justice of VFFI president Ma. Cecilia Flores-Oebanda, according to NBI antifraud chief  Rachel Marfil-Angeles.

The VFFI provides education, shelter and psychological help to victims of trafficking. It receives funds from international donors such as the USAID, the US Department of State, Bill Gates Foundation and  Starbucks.

The NBI also recommended the filing of charges against VFFI directors, finance officers, bookkeepers and other employees.

Angeles said charges of falsification of documents were filed against the respondents on September 6, based on the complaint of Daniel Altman (special agent in charge of the [Europe and Asia] Office of the Inspector General-USAID), the testimony of two whistle-blowers and boxes of falsified documents seized in a raid on the VFFI office in Cubao, Quezon City.

The whistle-blowers said VFFI fabricated the receipts and contracts to justify the expenses charged against the P300 million donated by the USAID.

Angeles said P210 million of the P300 million from the USAID remained unaccounted for. “However, what is clear at the moment, based on evidence, is that receipts for P41 million had been faked,” said the NBI antifraud chief.

Angeles said the NBI probe had established that the order to manufacture the fake receipts came from the VFFI president.

“In a meeting, the bookkeepers, including the whistle-blower, were allegedly ordered by its president to fake receipts to fill in the gap of unsubstantiated expenses,” she said.

Laurence Arroyo, lawyer of the VFFI, denied the NBI findings and said that a former VFFI employee could be behind the falsification of documents.

“The VFFI did not manufacture fake receipts, and if ever there indeed was questionable receipts it must have been the work of the bookkeeper who has responsibility over these papers,” Arroyo said.

The lawyer also described as “ridiculous” the statement of the bookkeeper that it was Oebanda who instructed the finance personnel to manufacture fake receipts to meet USAID audit requirements.

“If ever, there was an anomaly it was committed by the bookkeeper who we intend to cross-examine during the preliminary investigation,” he said.

The VFFI lawyer said his client had expressed disappointment over what the USAID had done against her.

“She felt betrayed by the USAID which she said was her partner for six years and had even given her awards for her antihuman trafficking advocacy.” Arroyo said.

He said his client had filed a motion to quash the NBI search warrant used to raid the VFFI office on August 31.

According to Angeles, 32 boxes of various receipts were seized from the VFFI office during the raid.

Angeles described the whistle-blowers as a former bookkeeper of the foundation and an auditor hired by USAID to audit the funds funneled into VFFI for its “Port” project for 2005-2011.

In her narration to the NBI, the bookkeeper said that from March to April 2010, auditors from B.F. Medina and Co. arrived in the VFFI office to conduct a field audit of the USAID funds.

The whistle-blower together with two bookkeepers, finance officer and another employee were allegedly summoned by Oebanda to her office and ordered to “fill the gap of the liquidation.”

The former VFFI bookkeeper said “they were instructed by Oebanda to fill the unliquidated cash advances with supporting receipts.”

In her sworn statement, she said that in 2006, Oebanda instructed her staff to copy official receipts from different suppliers and vendors to be used for the liquidation of the US aid.

“Seventy percent of the disbursements of the USAID funds were not supported by documents, which prompted the fabrication and tampering of the receipts to support the liquidation,” the whistle-blower said.

She added that Oebanda had instructed that “the amount to be indicated in the official receipts would depend on the amount of cash advances needed to be liquidated.”

The whistle-blower said that if the receipts were complete, a liquidation report was accomplished and thereafter attached to the vouchers to indicate the amount taken from the funds.

She also alleged that Oebanda had ordered the purchase of provisional receipts from bookstores to cover minimal expenses for such items as sanitary napkins, soaps and other personal needs, and cell phone load.

“These provisional receipts form part of the liquidation reports attached to the vouchers,” she said.

The former VFFI bookkeeper further said that receipts, which had been used in other audits, were being recycled to be used for future audits.

“The dates and the amounts indicated in the official receipts were altered by using scotch tape,” she said.

Angeles said, “The tampering and the alterations were very obvious and scotch tape marks were visible based on our analysis.”

The other whistle-blower, an auditor, said an initial audit found that funds from the operational budget were disbursed without real beneficiaries, and lacked adequate supporting documents, transaction authorization and approval.

The auditor said purchases were made without obtaining the required three quotations from potential vendors. Also discovered was the lack of segregation of duties.

She noted that there were alterations on receipts and invoices; inconsistencies with data submitted to auditors and the Department of Social Welfare and Development (DSWD); irregularities in the payroll system; and inefficient records retention.

The auditor added there were disbursements without supporting original receipts and invoices from suppliers and vendors.

The supporting documents for vouchers were photocopied documents. In some cases, VFFI stationery, cash vouchers and ordinary receipts that can be bought easily from bookstores were passed on as receipts.

The auditor added that alterations on supporting documentation (invoices and original receipts) for liquidation forms were made.

The employees altered the invoice by adding another number to the amount paid, she added.

For cash receipts, she said, the audit showed that certain employees intentionally cut the portion where the date was indicated to avoid detection.