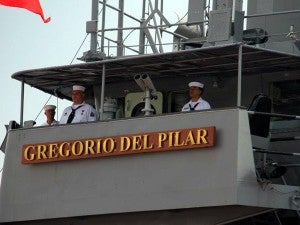 The official, who requested anonymity because he was not authorized to speak on the matter, said the Gregorio del Pilar’s weapons system would be upgraded with Harpoon antiship missiles—described as a modern, all-weather, over-the-horizon defense system.

The Gregorio del Pilar,a decommissioned US Coast Guard cutter, was acquired last August as the Navy’s flagship vessel. Although “combat ready,” the US stripped the warship of its most sensitive armaments.

The Navy is getting another Hamilton-class cutter from the US, the Coast Guard cutter “Dallas,” and this would also be fitted with missiles here, the source said.

“These upgrades will make our Hamilton-class cutters more capable vessels. It will definitely satisfy our minimum deterrent capability as far as naval defense is concern,” the official said. Philip C. Tubeza