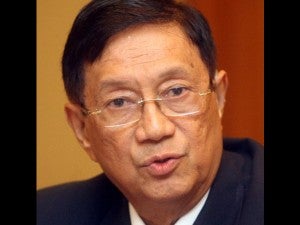 MANILA, Philippines – The closure of 10 of the Department of Foreign Affairs’ 90-plus embassies and consulates abroad have been set, a move described by one of its officials as means to “maximize resources and budget.”

“We are re-aligning our budget where they are most needed like in the Middle East. We need to maximize our resources and budget,” Foreign Affairs Undersecretary for Administration Rafael Seguis said in an interview with reporters.

He said that as of July 31, the embassies in Caracas in Venezuela; Koror, Palau; Dublin, Ireland and consulates general in Barcelona, Spain and Frankfurt, Germany have ceased to operate.

He added that the embassies in Stockholm, Sweden; Bucharest, Romania; Havana, Cuba; Helsinki, Finland; and consulate in Saipan in Northern Mariana Islands started trimming down their operations to prepare for their closures on October 31.

In earlier statements, the DFA had said that the nearest Philippine embassy or consulate would assume jurisdiction and functions of the closed diplomatic missions.

Seguis added that the savings from the closures, estimated at P100 million, would be allotted to other cash-strapped posts that served a greater number of Filipinos.

He said that embassies and consulates mainly in the Middle East had absorbed the displaced Filipino diplomatic personnel affected by the shutdowns while the others, whose tours of duty have expired, were recalled to the Home Office in Manila.

Criteria used in selecting the posts to be closed were the posts’ performances and economic and political importance.