All roads lead to Rome for Calungsod ‘relatives’ 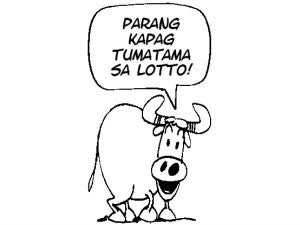 In Cebu province, everybody has suddenly become a relative of soon-to-be St. Pedro Calungsod.

Cebu Archbishop Jose Palma is not keeping  count, though he has noted that he had signed more than 3,000 letters of endorsement for visa applications to the Italian Embassy ahead of Calungsod’s canonization in Rome next month.

Palma, who is also president of the Catholic Bishops’ Conference of the Philippines, told reporters last week that the Italian Embassy in Manila had written to him reminding him that he had been signing too many endorsements.

“I told them that it’s my duty to sign, it’s your duty to screen,” Palma said.

The number of those who want to be witness to Calungsod’s canonization reflects the fervor of the Filipino faithful, Palma said.

He has also observed that the canonization has drawn a lot of people to claim that they are Calungsod’s descendants.

“Over in Cebu, we usually say sainthood is relative. If you become a saint, you discover that you have many relatives,” Palma said.

Palma remembers an 85-year-old man from Cebu who would not let his frail condition stop him from traveling to Rome to witness the canonization of his “relative.”

“His children were forced to accompany him,” Palma said.

Proving a relationship to Calungsod, a teenage Catholic martyr who would be the second Filipino saint after San Lorenzo Ruiz, would be difficult. Church historians say there is no mention in the records of Calungsod’s birthplace.

The list of places where Calungsod was possibly born includes Ginatilan in Cebu, Hinunangan and Hinundayan in Southern Leyte, Molo district in Iloilo, and Loboc in Bohol, they added. In the records, Calungsod is described as a “Bisaya” (Visayan).

There is very little information about his early life, and there are no illustrations to go by to determine how he looked like.

The records say Calungsod was born in 1654 in the Diocese of Cebu. But the information is not very helpful because at that time, the Diocese of Cebu encompassed the islands of Panay and Mindanao, as well as the Pacific island of Guam.

The Catholic Church in the Philippines has held Calungsod as the  patron of altar boys, catechists, youngsters and migrant workers.

Pope Benedict XVI will canonize Calungsod on October 21 at the Vatican. His canonization takes place more than a decade after he was beatified by Pope John Paul II in 2000.

Palma urges those who can’t go to Rome to join the national celebration in Cebu on November 30.

“That day, as a nation, we will thank the Lord for this new saint,” Palma said.

Brownlee finally back in Manila, set for Alab Pilipinas return