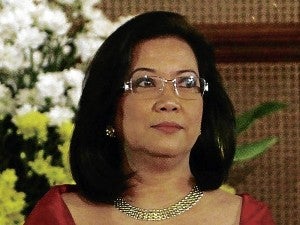 MANILA, Philippines—Chief Justice Maria Lourdes P. A. Sereno was asked on Saturday to intervene and reopen for deliberation a 2009 Supreme Court decision that awarded P60 million in compensation to a foreigner who has not returned to the country even as his alleged claims moved forward in a labor court and in the highest court of the land.

In a letter, businessman Eulalio Ganzon, owner of the firm E. Ganzon Inc. (EGI), told Chief Justice Sereno he was “a victim of a scam which was unknowingly supported by the SC” in its 2009 third division decision written by the now retired Justice Consuelo Ynares Santiago.

Ganzon said despite the Nov. 17, 2009, decision of the National Labor Relations Commission (NLRC) that reversed the ruling of an arbiter, the high court’s third division still affirmed the award of P60 million to Australian Andrew James McBurnie, who has left the Philippines and did not return to personally follow up his claim.

NLRC had ordered the dismissal of McBurnie’s petition with a ruling that there was “no plausible reason to find legal or factual basis to grant the claims of complainant McBurnie,” he said.

Ganzon said in his letter that when the case reached the high court, the third division required McBurnie to file a reply on EGI and EGI Managers’ comment in a resolution dated Aug. 26, 2009.

The court’s third division, however, on Sept. 18, 2009, affirmed the labor arbiter’s award of compensation to McBurnie.

In his letter, Ganzon also told Sereno that while McBurnie supposedly filed personally his complaint at the NLRC in 2002, Bureau of Immigration records showed that the foreigner “had left the country for good three years before the complaint was filed.”

“McBurnie left the country in November 1999, a month and a half after the alleged start of contract in September 1999, while the complaint (at the NLRC) was filed in October 2002 when the labor claim would have prescribed,” he added.

Ganzon also said that “McBurnie has never been issued a working permit or an alien employment permit.”