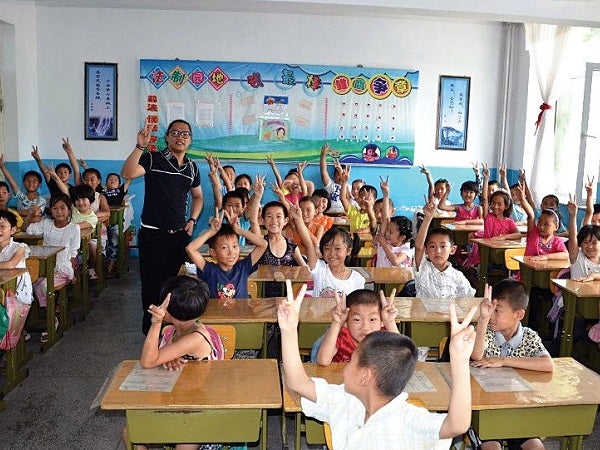 The Spratly Islands and Panatag (Scarborough) Shoal disputes seem not to affect Filipino workers in China. At least for now.

As of 2010, there were an estimated 26,772 Filipinos, both legal and illegal migrants in China according to the Commission on Filipinos Overseas. The figure does not include the Filipinos in Hong Kong and Macau, both  Chinese territories.

There are quite a number of Filipino teachers in China.

In 2007, right after college, Mark Arden Lucero de Vera of  Maguindanao packed his bags and went to China, hoping his knowledge of English could land him a job. He had finished a degree in agriculture. Arden arrived as a tourist and lived with a Filipino friend. After a month, he found a job in Jilin Province as an English teacher in a middle school. He eventually was given a residence visa.

Mervin Tapleras, a native of Occidental Mindoro, graduated with a degree in education and went to China in 2009.  He was contacted by an agency and traveled as a tourist to Macau together with three other Filipinos. From Macau, they were able to get their work permits and visas processed, thus, they were legal workers upon reaching China. He was sent by the agency to Haiming Primary School in Baichen City.

The Philippines still considers many of these teachers “undocumented” workers because they are not registered with the  Philippine Overseas Labor Office (Polo). The Polo office in China is located in Hong Kong and Macau. Arden finally registered after his first vacation home. But many of them have not gone home for two to five years. To date there are more or less 100 Filipinos in this province.

Even with a bit of Chinese ancestry in our blood and exposure to Chinese communities in the Philippines, adapting to life in China has not been easy for these Filipinos.

“It was winter time when I came here. I thought I would not survive it,” recalls Perlita Esmalda of Bukidnon, who arrived in 2010 and  teaches in a Chinese high school, “I was so homesick because I left my kids and husband in the Philippines.” Perlita and Arden  are both teaching at Tongyu High School in Baicheng.

Jilian Province is near the borders of North Korea and Russia and is extremely cold during winter. Even summer temperatures at an average of 24 degrees is still chilly for Filipinos.

“It took me a year before I was able to adjust. Actually, I am still adapting,” Mervin says.

Learning the Chinese language and characters is another difficulty.  Even after five years in China, Mark says that he still has some difficulties communicating.

Teaching English to Chinese is very difficult because they use characters instead of letters. But for these Filipinos it is a challenge and a triumph knowing that they are somehow helping to shape the educational landscape of China.

English language levels in China are still very low, says Derick Flores, who arrived in February 2012. A native of Manila, he arrived in China as a “legitimate” overseas Filipino worker (OFW) with papers processed by Philippine Overseas Employment Agency (POEA). He is teaching at Baicheng Middle School.

“Some of my students can converse in English. Many of them, however,  can’t speak it well but they can understand what you are trying to say,” he said.

“I need to translate what I’m saying in Chinese especially when I’m giving instructions,” says Arden.

But the Filipinos think their struggles are worthwhile. With a crime rate of only two percent and cheap commodities, Filipinos are able to spend for luxuries and still send a significant amount to their families back home. Aside from that, housing is provided by the employers.

“But during vacations, we don’t have pay. That is why, it is difficult to come home, “adds Mervin.

Mervin, Derick and Arden say going home to the Philippines every summer break is not an imperative because they are single.

Who will protect them?

About the current buildup of tensions over territorial disputes between China and the Philippines, Arden said:  “I was worried before but now it’s okay. Some of my Chinese friends even asked me about my views regarding what’s happening between the two countries. I say I hope it will end peacefully,” said Arden.

Arden also revealed  that two officials from the Department of Education in Baicheng City (which is in Jilian Province) visited his school and talked about the issue on Scarborough and Spratlys and assured them of their protection if things get out of hand.

“They said they will protect me and the other Filipino workers.”

Due to their distance from Beijing, the Filipinos were not aware whether or not the Philippine Embassy had any instructions or plans for them in case political trouble escalates.

Perlita worries that if the situation between the two countries worsens, they would be sent back home.

Working abroad is “always a gamble. Sometimes we lose, and sometimes we win,” says Mervin.

But he and the other Filipino teachers in China hope the territorial issues will be soon resolved by both governments. They are hoping that their livelihood in a country that has opened doors of opportunity for them will not be compromised.