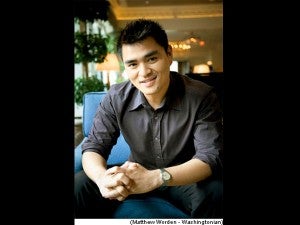 Jose Antonio Vargas, the acclaimed multi-media journalist,  has retained the Filipino American Legal Defense and Education  Fund, Inc.(FALDEF)  to help him in his advocacy of the DREAM Act as well as to render legal assistance on his quest and that of thousands of fellow DREAMers to pursue the American Dream.

In the June 22 article posted on the New York Times entitled My Life as an Undocumented Immigrant, Vargas tells his story which is representative of all DREAMers.  They came to the US at a tender age,  went to high school and college, got gainfully employed but for the unfortunate incident of not having the right immigration papers, find themselves unable  to fully integrate into American society.

“Jose Antonio Vargas’ story and thousands of young people like him has gone beyond legal, it has now become a moral issue,” comments J.T. Mallonga, founder of FALDEF.

Vargas, a Pulitzer Prize winner when he was a staff writer in the Washington Post, has also announced the launching of “Define American” campaign, an organization he co-founded dedicated to changing the conversation about immigrants in America. The campaign will “build off Vargas’ story to provide a platform for others to share their own backgrounds and will encourage members of Congress and the Obama administration to prioritize immigration reform.”

At the helm of this exposé, the National Federation of Filipino American Associations (NaFFAA) is calling on the US Congress once again to pass the Development, Relief and Education for Alien Minors Act, commonly known as the DREAM Act. Recently reintroduced in the US Senate last May 11, the measure passed in the US House of Representatives last year, but failed in the US Senate.

The bill would provide conditional permanent residency to illegal alien students who graduate from US high schools, are of good moral character, and have been in the country continuously for at least five years before the bill’s enactment if they complete two years in the military or two years at a four year institution of higher learning.

“Approximately 40 to 44 percent of the undocumented student population in the Asian community are Filipino students,” says NaFFAA National Chairman Eduardo Navarra. “They are among hundreds of committed activists whose tireless energy and relentless advocacy made last year’s historic vote possible. Their courage in speaking out and telling their stories made a big difference in moving this legislation forward.”

Navarra commends Vargas for coming forward, own up to what he has done and tell his own story.  “As a national organization, we completely support Jose’s personal advocacy to get the DREAM Act passed,” adds Navarra. “I urge all Filipino Americans to play an active role in getting Congress to act on this measure this year.  Tens of thousands of students who came to the US without legal status would benefit from passage of this act.”

What happens next, is up to the federal government agencies to act on Vargas’ petition, and for the US representatives to hear the plea of similarly situated immigrants.