NEW YORK—Comic book artist Gene Colan, whose career spanned seven decades and illustrated the adventures of characters like Dracula, Batman, Daredevil and the wise-cracking fowl Howard the Duck, has died in the Bronx at age 84. 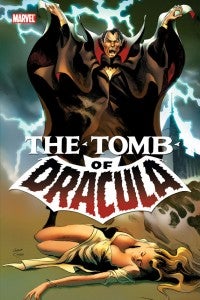 In this comic book image released by Marvel Comics, a drawing from ‘The Tomb of Dracula,’ drawn by artist Gene Colan, is shown. AP/Marvel Comics

Longtime friend and biographer Clifford Meth told The Associated Press that Colan died late Thursday at Calvary Hospital from complications of liver disease and cancer. A private funeral will be Sunday.

Colan, who was stationed in the Philippines as a soldier at the end of World War II, has an undeniable impact on the industry, developing a style both subtle and emotional that imbued characters he drew with a sense of vitality that seemed to leap off the pages. His work drew him the nickname Gene “The Dean” Colan.

“He was a mighty craftsman, with such a strong style of his own that he avoided entirely working under any of the popular house styles, even the mighty Jack Kirby one that roared through Marvel in the 1960s,” comics historian and editor Tom Spurgeon told AP on Friday. “He was his own chapter in the history of comics.”

Colan’s art was a staple of the Silver Age era of comics, and his 70-issue run on “The Tomb of Dracula” that was written by Marv Wolfman in the 1970s remains critically lauded for returning horror to the pages of comics, along with creating the character, Blade.

Wolfman told AP that Colan’s art work was stunning and that Colan was “maybe the only artist I know in comics who nobody else tries to mimic. Everyone tries to do superheroes like Jack Kirby or war books like Joe Kubert or Spider-Man in the Steve Ditko style.”

With Colan, though, “they simply cannot do it.”

“It came to the point that Gene was so involved in that comic, there was something organic about the book,” he said. “The moods were set by Gene’s skill as an artist. He drew such rich characters — people who had flesh and blood in them and had recognizable human emotions.”

Colan also worked on Marvel’s satirical “Howard the Duck,” written by Steve Gerber, and did art for other publishers, including DC Comics, Dark Horse Comics, Archie Comics and Eclipse.

Dan DiDio, DC’s co-publisher, called the artist “one of the great draftsmen in the industry, and his work is a fond part of some of my best comic book memories.”

Colan’s time at DC was recorded in the pages of “Detective Comics,” ”Wonder Woman,” ”Batman,” and the “Legion of Super-Heroes,” as well as the “Phantom Zone.”

Jim Lee called Colan a unique artist and unrivaled in his generation.

“His ability to create dramatic, multi-valued tonal illustrations using straight India ink and board was unparalleled,” said Lee, also DC’s co-publisher. “The comics industry has lost one of its true visionaries today.”

Born in New York on September 1, 1926, Colan began working in comics in 1944, drawing for “Wings Comics,” before joining the US Army Air Corps where he was stationed in the Philippines at the end of World War II. When he was discharged, he joined Timely Comics, the precursor to Marvel and then drew for National Comics, now DC.

He returned to Marvel in the 1960s as the industry entered what is widely known as comics’ Silver Age. That period saw the revitalization of classic heroes from the 1940s, such as Superman, Batman and Green Lantern at DC, as well as the creation of Marvel’s Fantastic Four, The Avengers, Captain America and Daredevil.

“Gene was a one-of-a-kind illustrator who invented an entirely new and idiosyncratic way of telling stories in comics. He was an industry veteran, a true original, a charming pixie of a man,” said Tom Breevort, Marvel’ senior vice president for publishing. “There won’t ever be anyone else quite like him.”

It was at Marvel that Colan became part of the company’s fabled bullpen of artists who included Jack Kirby, John Romita Sr. and Sal Buscema, among others, along with writers such as Stan Lee.

“He was part of a small group — he, Romita, Buscema and Kirby — who were the pillars of that Marvel age,” Meth said. “They were defining the characters in the terms of the way they drew them, investing a lot of emotion into the characters.”

Colan’s work impressed then editor in chief Stan Lee and led to his doing artwork for the Sub-Mariner in “Tales To Astonish,” and Iron Man in “Tales of Suspense.” From there he tackled Dr. Strange, Marvel’s sorcerer supreme and drew more than 80 issues of “Daredevil,” the blind lawyer Matt Murdock who protected New York’s so-called Hell’s Kitchen.

“He made the Marvel age of comics what it was,” Evanier said. “Gene worked on almost every major Marvel book at one point. His characters were more than just costumes, they had credibility. Readers would connect with a Gene Colan character instantly.”

While at Marvel, Colan and Lee co-created The Falcon, an African-American character that was a hero in his own right, working in tandem with Captain America, but never as a sidekick.

Colan returned to Captain America in 2009, illustrating the Ed Brubaker-written issue No. 601 titled “Red, White and Blue-Blood” that told a World War II-era tale of Steve Rogers and his then-sidekick Bucky. It went on to win the 2010 Eisner Award for best single issue.

“He was a real seminal figure in comics to me. I grew up reading his work,” Brubaker told AP of their collaboration. “I was honored to get to work with him, to have it be his last thing. If I’d known he was going to retire afterward, I would have found a way to put Daredevil in it.”