‘We are a diamond in the rough’ 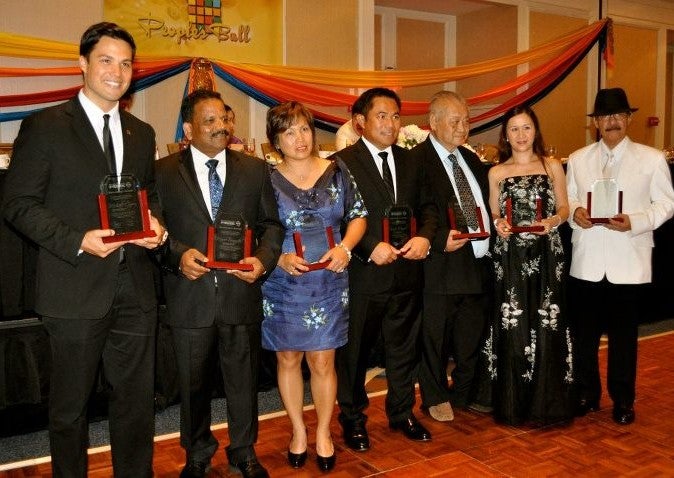 NEW YORK—Everyone was there: Hollywood actors, Philippine stars, beauty queens, politicians and doctors. It’s no different from a typical barrio fiesta back home where the cabeza de barangay and the parish priest are honored guests.

“What I am really taken with is the genuine warmth of the people,” Gordon told The FilAm. “Politicians go to these events because we have to, but I genuinely have a good time here because of the people I meet.”

For his part, Liu said he is happy to be part of a “great Filipino tradition.”

Copon, known for his role in “One Tree Hill,” was one of the empowerment awardees. The others were restaurateur Rena Avendula, sales consultant Ronnie Manuel, chess master Renato Naranja, dentist Ma. Victoria Sebastian, musician Dale Adriatico and businessman Mario Fernandez.

Copon said the award meant a lot to him being an Asian American actor in Hollywood for whom good roles are rare. “I know how hard it is to fight and hear the word ‘no’ because a lot of time it has nothing to do with my talent or anything else,” he told The FilAm. “It’s always been a struggle.”

The People’s Ball is a five-hour musical extravaganza. It is the feel-good ending to the 14-year Philippine Fiesta trade exhibit organized by the husband and wife team of Fernando and Mila Mendez.

This year’s Hermano and Hermana Mayor were Aries and Dr. Alicia Almendral. 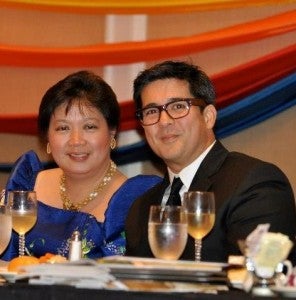 “It’s a great showcasing of the Filipino American community which is fast growing in the metropolitan area of New York,” Copon said of the People’s Ball. “People do know us a culture. When they are looking for something that’s unique, different and fresh, we are that. We are the new fresh thing. It’s almost the undiscovered diamond in the rough.

And that’s what we are.”