Unlocking the secret life of rice 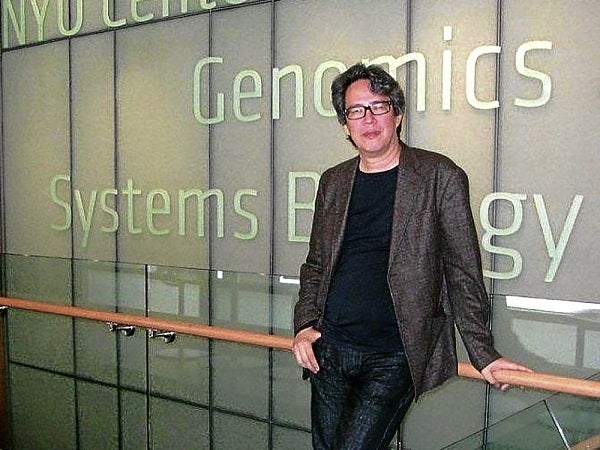 In January, Michael Purugganan, 48, was named dean for science at New York University (NYU). For the former Collegian features editor who rose to become a leading plant biologist and now a distinguished New York science educator, the journey began quite inauspiciously—with rice.

A study indicating that rice originated solely from China was conducted by scientists led by the Manila-born Michael. That study disputed the common belief that the two sub-species of Asian rice, japonica and indica, may have come from two sources—China and India. “Using more modern computer algorithms, the researchers concluded these two species have the same origin,” explains a statement released by NYU in May last year.

For Michael, that particular research was just one of his multiple studies on the Asian staple. There are others currently being developed in his laboratory at NYU or in collaboration with other academic researchers. Rice it is for two reasons: He wants to keep his connection with this important Philippine crop and also because he is a voracious consumer. “I’m intimate with rice,” he said.

The fact is, he’s been studying rice even when he was a student at Manila Science High School. But in college, he took up chemistry at UP Diliman, becoming the features editor at the Collegian in the turbulent 1980s. When opposition leader Benigno Aquino Jr. was assassinated in 1983, Michael led the coverage and published two special issues about social injustice and the unraveling of the Ferdinand Marcos dictatorship.

With a bachelor’s degree, he left the Philippines to pursue his master’s in chemistry at Columbia. Realizing he wasn’t all that enthused about chemistry, he looked around for other disciplines that would be “potentially useful” in case he had to go back to the Philippines. Why not plant biology, thinking he could use the knowledge to study rice, possibly at the International Rice Research Institute in Los Baños. He got a Ph.D. in botany from the University of Georgia, followed by postdoctoral research at the University of California in San Diego (UCSD), where he studied plant evolution. After UCSD, he applied for a research position at UP, but was told the only available position was teaching.

As he evaluated his options, he was offered to teach genetics at North Carolina State University. He stayed there for 10 years, leaving as a chair professor. He joined NYU in 2006, bringing with him his entire laboratory and a staff of about six people. Purugganan Laboratory, now with a staff of 12, is one of 14 research teams within NYU’s Center for Genomics and Systems Biology, which opened last year. The center is touted as the “hub of science” in the heart of New York.

Michael is married to a Spanish-Dominican New Yorker he met at a cocktail party. She works as a consultant for a UN organization and often joins him in his frequent travels.

The tussle-haired Michael welcomed The FilAm to his comfortable office encased in glass and chrome. Two paintings by Filipino artists hang on his wall, and on his table a wooden figurine of the bulol, or the Ifugao god of rice. Why wasn’t I surprised?

Your research on rice. What is the significance of that study?

Rice, from the point of view of genomicists, is very good because it has a small genome and we can read the entire genome very easily.

Yes, the DNA in the cell that has all the genes that allow an organism to develop and survive. Just to give you an idea, humans have about 3 billion letters in its genome. Rice has about 400 million basepairs or letters, which makes it easier to study.

When you began your study, what did you want to find out?

Research goes wherever it goes. One of things you need to understand as a scientist is where the research is leading you, and going there. We have a research proposal, we have a plan. It is highly unlikely you are going to stick to the plan.

Very interesting story actually. I was at North Carolina, involved in plant evolution. We’ve been studying the origin of crop species looking at origins of cabbage, broccoli, etc. I wanted to find an excuse to go home to the Philippines. I looked at one of the postdoc researchers in my lab and said let’s look at the project. One thing I was interested was sticky rice or malagkit which is all over Asia. We knew from past research the gene mutation that gives it its stickiness. I said let’s look at it and study it.

We all know rice packs a lot of calories. Are there studies on how to make it more of a health food with fewer calories?

We don’t do that kind of research, and the reality is rice is pure starch.

Are you a rice expert?

No. I’m an evolutionary biologist. I study different types of plants. I was trained in plants, but if someone came to me one day and said, Michael I will give you this grant to study, um, birds, then I would.

What’s the common reaction when people find out you’re a scientist?