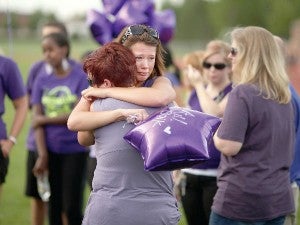 The Philippines on Sunday joined other nations in condemning the “senseless killings” of 12 people at a screening of Batman in a US movie house, and urged tightened security at shopping malls in the country.

Presidential spokesperson Edwin Lacierda told state radio that Malacañang also hoped for the immediate recovery of 17-year-old Filipino-American Ryan Lumba, who was shot in the stomach by the lone gunman. Lumba was among the 58 wounded in the Friday morning attack.

“We are one in condemning the senseless killings in Colorado,” Lacierda said.

“We hope and pray that he will recover from the gunshot wounds,” he said of Lumba.

Lacierda urged mall operators to be vigilant and ensure the security of their customers. “Hopefully, (mall owners) will ensure that things are inspected thoroughly in order that we can avoid a similar incident,” he said.

The suspected gunman, James Holmes, has been arrested.

There are about 1.1 million unlicensed firearms across the Philippines, many in the hands of insurgent and crime groups, according to police.

Politicians are also known to control “private armies” that contribute to the culture of impunity in the country, rights groups say. Reports from Christine O. Avendaño and AFP